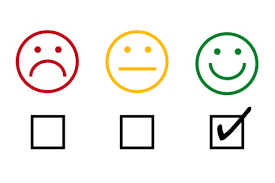 How would all the news reports of a lack of workers, inflation, and general dis-ease play out as I checked into restaurants, checked up on retailers, and checked out of hotels?

What are four principles of customer service?

I witnessed the first principle in action before I even left home.

The car was to be shipped to San Francisco and had to arrive by a specific date or the whole journey would be disrupted. While interviewing one car carrier about the firm deadlines, the guy stopped me, “Whoa wait a minute. With traffic and delays, we might be there a day or early or late, we just can’t be responsible for that.”

At McCollister’s, the company that got my business, the guy who took the call said, “What day and time do you want it there? We have several warehouses so we can hold it if we get there early.” When my flight landed in San Francisco, I got a call that the car had arrived and been delivered. Even though the original truck had broken down, they had sent another to continue the journey. “No need to bother you – we had it all covered.”

Great customer service removes stress. How many times do some retailers overcommunicate problems? Your job is not to add stress or friction, if you have it handled, you don’t have to call the customer and get them upset.

Mastro’s Steakhouse in San Francisco’s theater district had received a high rating on TripAdvisor and so we checked them out the first night. There was a line at the door waiting for them to open at 5 pm. The restaurant had a full bar on the second floor and a rooftop terrace dining area.

The hostess welcomed each party patiently waiting and informed them the staff was still setting up but would seat them shortly. Everyone relaxed. When it was my turn, a staff member called out my name, introduced herself, and showed us to the elevator. She asked, “Is this your first time here?” I told her it was. She welcomed us and asked where we were from. “New York,” I replied.

The doors opened, we stepped off, and she turned us over to the manager, Michael, who showed us to our table. The meal was super and Bob – the server – did his job in a professional manner. Afterward, Michael came over to check on the dessert and followed up asking where in New York we were from and why we were visiting California.

I told him about the Bentley and he asked to see pictures. He was a car guy too and shared his tips about what to see going down Highway 1.

On the way out, I had to hit the restroom which was on level two. When I got off the elevator, I asked the maître d’ where it was. Without missing a beat, he said, “First show me a picture of the Bentley.” We both laughed out loud. It felt great Michael had bragged about the car and we no longer felt like strangers in a strange city.

How does this relate to retail?

Great customer service is seamless. It seeks out moments to shine. Its curiosity is integral if you are looking to build a world-class business that interfaces with the public.

Sausalito is a short ride over the Golden Gate bridge and when we got there, had to find a waterside place for lunch to see all the sailboats. I consulted TripAdvisor and found The Spinnaker. The restaurant had just opened and while the hostess served us right away, no one came over.

After a couple of minutes, a server in his 30’s came over and said, “I’m not your server but since she’s running late, what can I get you to drink?” We gave him the drink orders and he distributed the menus. He came back with the drinks, “OK, she’s not coming so I’ll be your server. So where are you coming from?” I told him a bit of the car journey story from New York to San Francisco.

He introduced himself as Robert and continued, “I used to work as a server in New York.” I replied, “The show outside these windows reminds me of being at Tavern on the Green, back at the start of the Millennium. The ice sculptures outside the windows were…”

He interrupted, “And the Christmas tree in the middle. I worked there that whole week because they do 2000+ plates a night and get overwhelmed.” I realized we had been at the same place, at the same time…he might have even waited on our party of eight that night.

Great customer service embodies human connection. After two long years of fearing the public due to health restrictions, people who work in the hospitality business are eager to connect. And their customers are eager to join – if you first are curious and open.

The car show was held at the Dana Hotel in Mission Bay. With three hundred guestrooms, a national car meet, and the start of summer, I expected delays in service at their restaurant, Firefly. But what I found instead were uniformly great servers. From getting drinks to menus, from the meals arriving hot and fresh to the genuine smiles on the faces of the staff, the service was top-notch.

The manager of the Firefly restaurant was there morning and night. If he wasn’t quietly bussing a table, he was dressed in a suit welcoming people to the outdoor dining room or checking on a table at breakfast. It never felt as if he had to or was stressed – even if he was.

I went up to the hostess before departing and asked her, “Everyone I have met in your restaurant is so well trained. What is the secret?” She smiled and said, “Thank you. Two things our manager leads us by, are how do we make the guest feel welcome and how can we make their day better. It’s really that simple.”

OK as a trainer, I can tell you it’s not that simple. Anyone can say that but this manager embodied it.

Great customer service has to be seen. You can come up with an anagram, you can write a training manual, and you can say what you believe. But if you want to really make a difference, managers have to show what they believe every shift and every day.👉 Find out more about retail Customer Service 👈

If you are looking for how to get shoppers to open their wallets and purchase your goods and services, understand you have to do more.

While there are inflationary forces, people who are going out are driving higher average tickets. Make sure your crew is delivering good customer service that is as good or better than these stories I shared with you today.

We are pleased to mention that the Bob Phibbs the Retail Doctor (who has contributed to BRA with outstanding articles like this one and so many others that we have reposted over the past year) recently contributed to BRA monetarily. We value his relevant retail insight and encourage you to learn more about his offerings by clicking on the following link to his website: www.retaildoc.com