“New Wave Pool Set to Open in Palm Desert, CA in 2021” according to Surfer Magazine via ASN 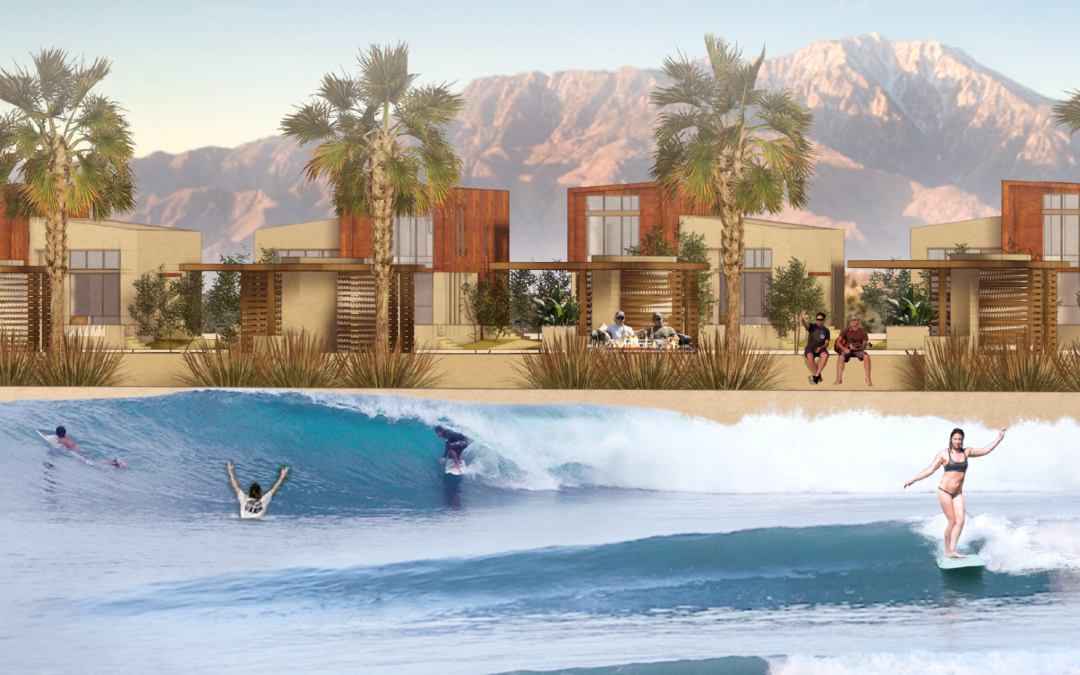 This story. originally appeared on SURFER and has been republished in ASN with permission. Words by Zander Morton.

Another wave pool will be gracing the state of California – this time in the dry city of Palm Desert, a roughly 2-hour drive from the nearest ocean (and a hell of a lot closer to popular surf towns than the wave machine in Lemoore). Just a few days ago, CJ Hobgood, Josh Kerr. and Shane Beschen announced on Instagram that they’re involved with the development of the new pool – DSRT Surf. – which is set to open in 2021.

To find out more about DSRT Surf, we gave CJ Hobgood a call and asked about how it all came to be, what he’s learned from past mistakes (he was involved in a wave pool start-up back in the 2000s that unfortunately failed miserably), and what sort of surf we can expect to see in Palm Desert in the (fairly) near future. 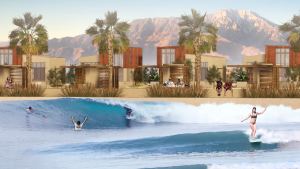 The news that you’re involved with a new wave pool project in Palm Desert dropped out of the blue last week. How did that all come about?

What’s been cool for me during this process is I’ve been close to a couple other projects in the past. I was around when they tried to do the wave pool over at the Ron Jon in Orlando, Florida, and that one failed. I was talking to another guy down in South Florida early on where the WSL’s new one was supposed to go, and he was saying he has trouble even digging an 8-foot backyard pool in that neighborhood.

So, when I started doing the process with these guys [John Luff and Doug Sheres], we just grilled them, like: “What about this?” and “what about that?” These guys were so ahead of the curve with their homework, I was just really impressed. I’d been used to dealing with a bunch of cowboys. So, from that perspective, it’s been super refreshing. There’s just so many things that can be outside of your control, and we’re trying to make sure we’re doing everything right to give ourselves the best chance to succeed, because even then it’s not bulletproof.

What was the biggest draw to Palm Desert?

I think it’s going to be a really great thing for that valley community there. And it’s also that “rising tide rises all boats” thing. Kalani [Robb] and Cheyne [Magnusson] are doing their pool with a different technology, and then we’ll have ours, and I think it’d be cool if someone else does another project in the valley, and that area could become the North Shore of wave pools [laughs]. Each one will offer a totally different experience.

At that point, Palm Desert will become a full surf destination.

That’s something I get really stoked thinking about. Like, what’s the culture going to be? Right now it’s a blank canvas. The lifestyle of DSRT surf is just a totally new thing, and it’s only beginning to take shape. To me, it’s not just all about shortboarding or getting barreled and trying airs. It’s going to be about a lot more than that.

It sounds like you guys are looking to create something really inclusive, right?

Exactly. Because we don’t know what a kid from somewhere inland is going to be stoked on, you know? He or she’s not going to be as influenced by the Tour, or the magazines, or anything like that. Who knows what boards or waves they’ll want to ride, or how they want to ride them? It’s a new culture and a new lifestyle and we want to be there to help nurture that. We’re trying to build something that’s a family affair. We’re surrounded by a nuts golf course, and it’s gonna have so many amenities and activities. The idea is the pool is just one part of the whole picture.

You guys are using the Wavegarden technology, but you’re still a couple of years away from completion. Will the wave, or waves, look like something we’ve seen before, or a totally different iteration?

That’s a great question, because what you’re trying to do is look into a crystal ball. What we’re trying to do right now is have all the right infrastructure, be financially stable and be flexible to implement a 2.0, and then a 3.0 … like your iPhone, which is always updating. That said, we’ve gone with the Wavegarden technology because we believe in it and we’re learning from everyone’s past mistakes.

Is the idea to cater to a wide variety of needs, versus just being the most high-performance, groundbreaking surf pool?

Yeah, for sure. If you go to Kelly’s pool in Lemoore, they’re creating a training facility and pushing surf performance, and that’s really the opposite side of the tracks to this model. For us right now, we’re making sure the community is really stoked on what we’re trying to create. That’s what happens first. If you live in that community, let us know how we can stoke you out. Let us know your concerns and let us put those at ease. Coming into a new town and community, we want them to be stoked.

Not at all. It’s actually served us well that we’ve dragged our feet a little bit, because we’ve seen the success and failures of these other wave pools while we’ve been sitting on the sidelines and taking notes. Seeing the hurdles they’ve encountered and had to overcome has been really helpful. It’s just that much more information for us to use to make sure we do everything the right way.