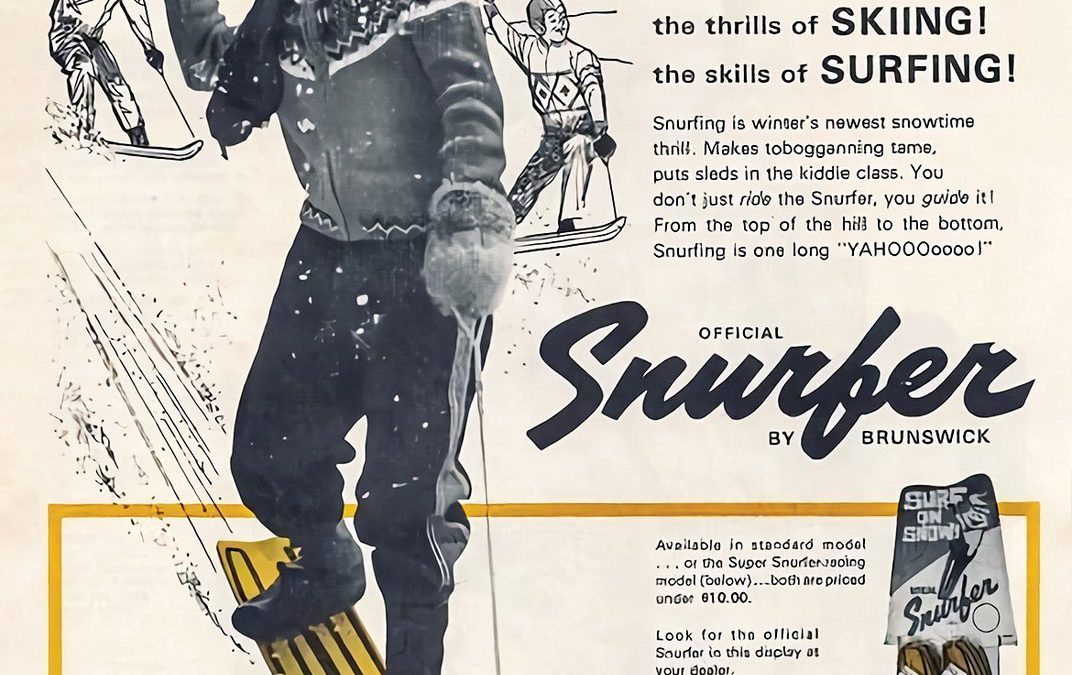 Snowboarder Shannon Dunn competes for Team USA in the 1998 Winter Olympics, where she won the bronze medal in half-pipe. Alexander Hassenstein / Bongarts via Getty Images

Long before the term “snowboarding” existed—and at least 80 years before it was an Olympic phenomenon—people were zipping like surfers down snow-covered hills. The first known instance came in 1917, when 13-year-old Vern Wicklund stood on a modified sled that he rode down his parents’ backyard in Cloquet, Minnesota. Wicklund patented the idea nearly two decades later but produced only a handful of models. The sport picked up speed in 1965, when Michigan’s Sherman Poppen created the Snurfer by cross-bracing two skis and adding a string at the front for steering. Poppen sold close to one million units by 1970.

But the real breakthrough happened when Dimitrije Milovich, a Cornell University dropout, founded Winterstick, the first modern snowboard company, in 1972. With steel edges, laminated fiberglass and, most crucially, nylon straps for one’s feet, Winterstick’s boards allowed riders to fly through more treacherous topography than its predecessors had.

“They’re endangering the public and possibly themselves!”

As snowboarding grew in popularity, so did its reputation as a pastime for screwballs—a counterculture to skiing’s establishment vibe. In the 1980s, most North American ski resorts banned snowboarding, citing insurance liability and the rudeness of too many riders. The sport was more accepted in Europe, particularly in France. “Quite a lot of [snowboarders] are uncooperative,” one ski patrol worker lamented to the Canadian Broadcasting Corporation in 1985. “They’re smart alecks. They’re endangering the public and possibly themselves!”

By the 1990s, though, almost every resort in North America allowed riding. The advent of the Pipe Dragon, a machine to cut halfpipes through snow, enabled new aerial stunts, and when snowboarding debuted at the 1998 Olympics, the halfpipe was the sport’s biggest draw. A skiing halfpipe appeared 16 years later—evidence of the upstart’s influence on the grand old sport.

Some of snowboarding’s first-generation innovators are now gone, but as Carpenter’s widow, Donna, said recently, “What Jake tapped into…is that humans need to play, even when they’re adults.”

Max Ufberg is a freelance writer and editor based in Pennsylvania.

Smithsonian magazine places a Smithsonian lens on the world, looking at the topics and subject matters researched, studied and exhibited by the Smithsonian Institution—science, history, art, popular culture and innovation—and chronicling them every day for our diverse readership.

You can visit and bookmark this outstanding resource by clicking on the following link: https://www.smithsonianmag.com/