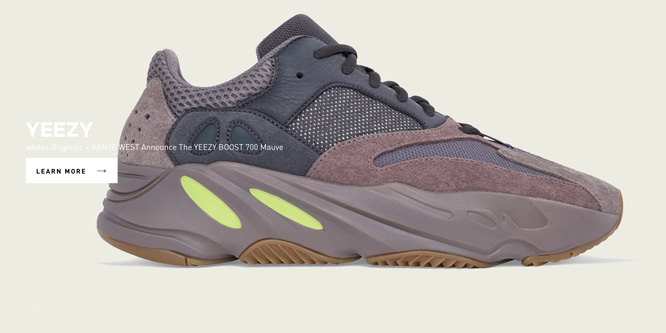 Adidas yesterday ended its partnership with Ye, the artist formerly known as Kanye West, following a series of antisemitic remarks he has made recently in multiple forums.

“Ye’s recent comments and actions have been unacceptable, hateful and dangerous, and they violate the company’s values of diversity and inclusion, mutual respect and fairness,” a company said in announcing its decision. “After a thorough review, the company has taken the decision to terminate the partnership with Ye immediately, end production of Yeezy branded products and stop all payments to Ye and his companies. Adidas will stop the Adidas Yeezy business with immediate effect.”

Adidas expects to take a hit of around $250 million as a result of its action.

The athletic wear maker had come under recent pressure from a variety of anti-hate groups to cut ties with the controversial celebrity. Mr. West has made a series of antisemitic remarks in interviews and social media of late.

The Anti-Defamation League last week cited examples of Mr. West’s antisemitic tropes, including alleging that mainstream media is controlled by Jews to nefarious ends. He said in an interview on Revolt TV’s “Drink Champs” that the “Jewish people have owned the Black voice.”

Mr. West’s statements have been widely condemned except by a handful of religious and racial hate groups such as White Lives Matter and the Goyim Defense League. The latter hung a banner on a freeway overpass in Los Angeles this weekend that read, “Kanye is right about the Jews” as members gave a Nazi salute to motorists passing underneath.

The length of time it took Adidas to end its ties with Mr. West puzzled many, particularly after he called the company out on Drink Champs. “The thing about it being, Adidas, I can say antisemitic things and Adidas can’t drop me … now what … now what,” he said.

Gap, which last month announced it was ending its partnership with Mr. West, said yesterday that it is “taking immediate steps to remove Yeezy Gap product” from its stores and that it had taken YeezyGap.com offline.

Foot Locker is also removing Yeezy merchandise from its stores, CNBC reports. “While we remain a partner with Adidas and carry a wide assortment of their collections — we will not be supporting any future Yeezy product drops,” a Foot Locker spokesperson said.

DISCUSSION QUESTIONS: Will the Adidas brand be negatively affected by what some saw as a a slow response to Ye’s antisemitic comments? Have Mr. West’s words doomed the Yeezy brand going forward?

There is a big downside risk to tying your brand to iconoclastic personalities and this is an excellent example of how wrong it can go. After Ye’s most recent rants, Adidas – along with most of Ye’s other sponsors – had no choice but to terminate the relationship. These contracted celebrities are an extension of the brand, and if they damage the brand through their words or actions, then brand owners have only one choice – terminate the relationship. Period. I believe the Yeezy brand is permanently damaged – and the damage is completely self-inflicted.

Regardless of the financial impact, Adidas had to do what was right – and that was to drop someone who made antisemitic and hateful comments. Failure to do this would have severely damaged the brand. As Yeezy is so intimately connected with Kanye/Ye, it is very difficult to see how the brand moves forward other than as a standalone entity. Even then, far fewer people will now want to be associated with the label.

Adidas will need to shift its growth plans into other products and partnerships. The brand will also need to reorganize the business in terms of design, development and merchandising as well as shift factory partners into non-Yeezy brands/categories. This will cost Adidas more than just the revenue that Yeezy brings in. The operating model will need to be reorganized. Yeezy generated an estimated $2 billion a year and about 10 percent of the Adidas revenue. According to BoF, Yeezy’s Adidas sneakers grew 31 percent over over year. The end of the Yeezy partnership will put a dent in revenues but I have no doubt that Adidas will recover. It will take time but this move was the right move.

You are damned if you do and damned if you don’t. Who is to decide what is soon enough, timely, or too late? The fact that the brand recognizes that there is a huge problem with this anti-Semite is sufficient comfort that they have done “the right thing” notwithstanding a significant impact to their business. (The right thing is seldom the easiest path.)

Adidas should have been quicker out of the gate with a response to West’s horrible and shameful comments. Where are we in corporate America where we always let profits overshadow what is right and just? It’s a slippery slope and getting worse when we let comments like his go unchecked.

Some saw their reaction as slow? All should view it as slow. Associating your brand with someone who brags about hate speech should not be allowed or emboldened.

You might think a company founded by an early member of the Nazi Party might be extra sensitive when someone so closely associated with their brand would start spouting antisemitic and other racist tropes.

Kanye West practically dared Adidas to drop him, with some of his most recent comments, but the company had no choice regardless. It was indeed slow to react compared to Gap and other corporate tie-ins with the Yeezy brand. The big financial impact of the decision made it a slower process, but what choice did Adidas have when dealing with a toxic brand spokesman?

Adidas may have taken a bit too long to cut Kanye loose. Backlash against the brand had already hit a fevered pitch before the decision was made. Even so, memories are short, and most shoppers will likely be satisfied that Adidas cut ties at all. Adidas likely doesn’t have a viable plug-and-play replacement for Yeezy at the ready so no doubt there will be a corporate scramble to fill the void. It will be interesting to see if Adidas attempts to get back on the horse with another high-profile celebrity or if the inherent risk just isn’t worth it. Yeezy merchandise may enjoy a novelty surge in the resale market but it’s not a long-term strategy. The resale model doesn’t inoculate sellers from the pitfalls of association. Shoppers are much more focused and intentional with issues they care about these days.

This goes back to the age old question: Why does it take a crisis to force change? Kanye West has been saying and doing hateful things for a very long time. Adidas didn’t move fast enough.

Kanye has a huge, loyal following on social media. We haven’t seen the last of the Yeezy brand yet.