No better way to start your rookie season than by beating the best of the best. And 16-year-old North Shore local Bettylou Sakura Johnson did just that yesterday in the finals of the Haleiwa Challenger, overcoming five-time champ Carissa Moore to top the podium and clinch her spot on the 2022 Championship Tour.

“Getting on the tour has been a goal of mine since I was little, but I definitely did not expect to have a chance so soon,” said Sakura Johnson ahead of Haleiwa. “This last year has been a huge learning experience for me especially these last three Challenger Series events. As the name implies, it’s a challenge. I’ve learned that it’ll take more than just good surfing to win at this level because everybody rips. Strategy and decision making play a big role in the outcome, and a little bit of luck doesn’t hurt either.” 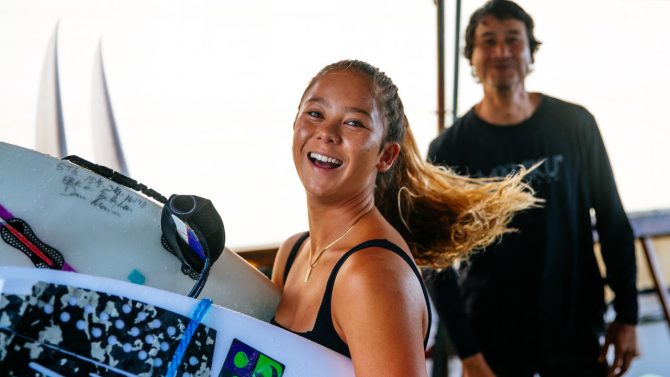 All smiles for the 16-year-old. Photo: Brent Bielmann/WSL

It was a nail biter all the way to the end, with five women in the semifinals competing for three spots on tour. When it was all said and done, Bettylou, fellow Hawaiian Luana Silva, and Australia’s India Robinson had claimed those three spots.

But they’re not the only new faces on tour this year. They will be joined by Gabriela Bryan and Brisa Hennessy who clinched their spots on tour earlier in the Challenger Series, as well as wonder-grom Caitlin Simmers who has been cruising through the CS since she won the first event, the US Open of Surfing in Huntington. Overall, this rookie class marks a generational shift on the women’s side of the Championship Tour. Brisa Hennessy at 22 is the oldest, Sakura Johnson and Simmers are both just 16 and as such get sparkling apple cider instead of champagne when they win. 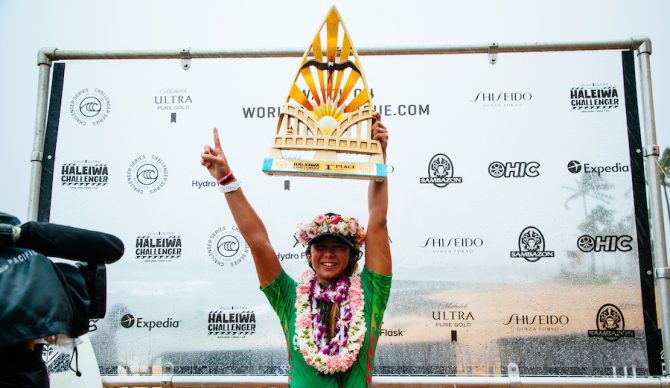 Championship Tour surfing now goes on a quick holiday pause until January 29 when the Billabong Pro runs at Pipeline.