Board Retailers Association Board of Directors 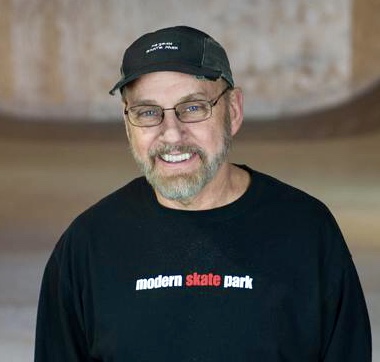 George Leichtweis is the owner and president of Modern Sports, Inc, dba Modern Skate & Surf which is currently located at 1500 N Stephenson Hwy in Royal Oak/Madison Heights, Michigan.  It consists of a retail store for Specialty Sporting Goods and includes a World Class Skate Park that has over 1 acre of ramps and rails indoor as well as an event center.  It is so big, that it is in both Madison Heights and Royal Oak.

George is passionate about independent retailers being successful and believes that they are the backbone and feeder system for all the board sport industries.  “It is where young kids have their first impression of each sport that will stay with them as they continue to grow into adults and pass on the ‘stoke’ to others.  Board Retailers Association can provide smaller retailers with the tools to be successful and keep their doors open to continue to turn new kids on to the sports that they love.”

Born in Detroit, Michigan, George visited friends in Venice Beach in the summer of 1979 and had so much fun skating and surfing that he wanted to bring the California lifestyle back to Michigan.  He opened his first store in September of 1979.

Over the last 40 years, he has operated multiple Modern Skate & Surf stores throughout Michigan and the world renowned Modern Skate Parks in Novi, Madison Heights and Grand Rapids, Michigan and has been involved in the “Extreme Sports” arena since 1979.

As a businessman, he has been recognized as “Entrepreneur of the Year” in Lansing, Michigan, nominated for National Snowboard Shop of the Year and represented the United States (one of 5 US retailers) at the ISPO Sporting Goods Trade show in Munich, Germany as guest of Time Warner’s Transworld Snowboard Magazine.  He has addressed 4th year Business Classes at Michigan State University on topic of “Diversity of Business”.

George is a current or former member of National Retail Advisory Boards for Rollerblade, K2 Snowboards, Atomic Snowboards, Palmer Snowboards, and Quiksilver Clothing.  He has advised Nike on marketing and development of sporting goods products.

BC Surf & Sport
Florida and multiple other states