“Class Is In Session: Examining the Evolution of Surf Schools” by Sam George via The Inertia 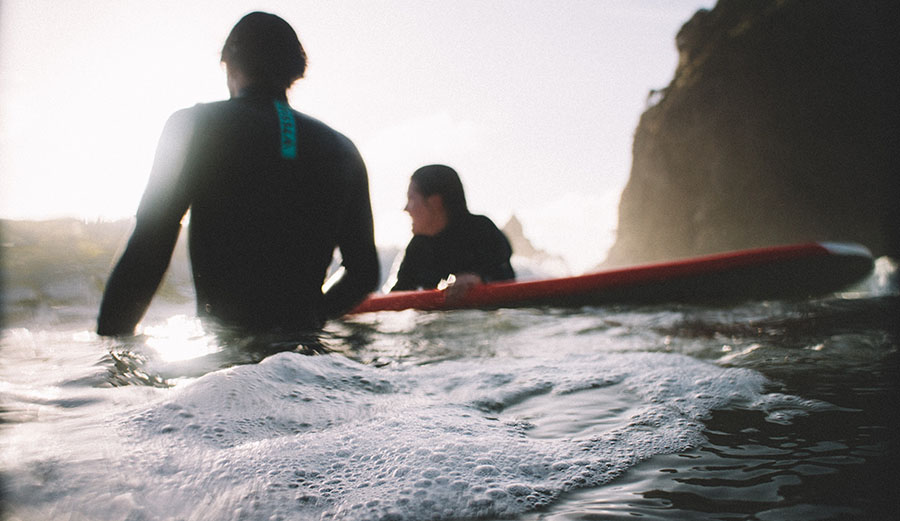 It ain’t easy being a newbie. Photo: Tim Marshall//Unsplash

Editor’s Note: Welcome to Surf History 101, where we look at innovations in the world of surfing and beyond that changed the pursuit forever. In this edition, Sam George examines the surf school and its impact on our culture.

Exactly what it sounds like, a surf school is a service in which instructors with varying degrees of experience and qualifications teach those who would like to learn, or at least experience, surfing.

Earliest European descriptions of surfing in Polynesia and Africa make note that children in those cultures took to the water at a very early age, most probably following the example of older siblings and parents. While no doubt a sequential learning experience, there are no 19th century accounts of formal instruction. This changed at the turn of the  century, however, with the advent of Hawaii’s nascent tourist industry.

Due, in part, to the efforts of a tireless journalist/promoter named Alexander Hume Ford, the exotic, eminently romantic “sport of kings” was billed as a major attraction at Waikiki and as the number of visitors increased it was only natural that the local “bronzed Mercurys” would begin taking tourists for a ride, so to speak. As such, the ensuing “Beach Boy” culture that sprung up along with the Moana Hotel in 1901 can be pointed to as the origin of surf instruction. This unique occupation flourished and by the 1920s Waikiki watermen had become essential Island ambassadors, not only providing the inherent thrills of board and canoe surfing, but sharing with visiting malahinis an authentic Hawaiian cultural experience that no contrived hula show or buffet luau could match.

Waikiki, with its balmy winds and gentle, sloping waves, was and still is the ideal place to learn how to surf.  This, along with the longstanding, organized Beach Boy concessions, explains why this iconic Hawaiian beach remained one of the only spots where surf instruction existed (the aptly-named Club Waikiki in Lima, Peru, being another) until 1969, when a small advertisement appeared in SURFER magazine promoting Brian McCall’s San Diego Surfing Camp.

McCall, a resident of Alpine, California, had since 1964 been working at the McCall’s Ranch School for Boys founded by his parents, Carl and Blanche, in San Diego County’s Cayamaca Mountains back in 1941. His own venture, basically a summer camp at the beach, simply substituted surfing for the more standard activities like horseback riding and archery. Suitable for beginners and more experienced kids and teens alike, McCall’s San Diego Surfing Camp, which remained in business into the mid-1970s, can be considered the first formal surf camp.

It was in 1978 that Richard Schmidt, a Santa Cruz surfer/lifeguard best known for his heavy wave exploits, began teaching surfing at Cowell’s Beach, the closest thing Northern California has to Waikiki, albeit it with blue lips and frozen toes. Over the next 15 years, Schmidt expanded his business (between stints on the North Shore, where he earned a reputation as California’s best big wave rider) eventually calling his program the Richard Schmidt Surf School, whose tone of instruction and technique became the template for the myriad “surf schools” that followed in its wake. 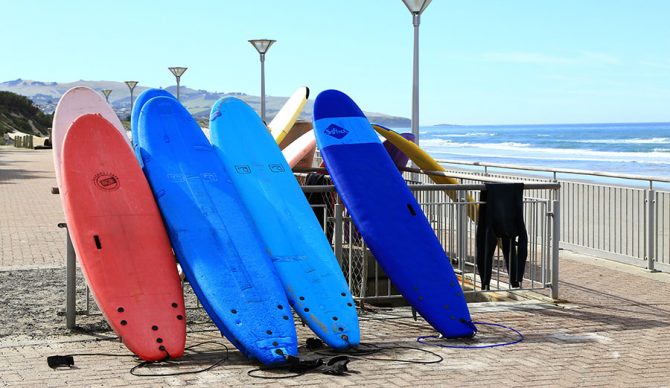 What It’s Meant to Surfing

Defined as commercial operations offering formal surfing instruction, surf schools have over the past two decades spread all around the globe, with veritable fleets of rash-guarded, soft-topped neophytes being introduced to the thrill of the slide from Tofino, Canada to Clifton Beach, Tasmania; from Lacanau, France to Legian, Bali and just about every accommodating surf break between.

It is very likely that more people have ridden their first wave in the last two decades than during the previous seven of modern’ surfing history. How many of these beginners will continue to surf throughout their lifetime is a statistic yet to be collated, but just the thought that this vast horde of new enthusiasts will eventually move out of the whitewater and into proper lineups sends a chill down the spine of those already initiated, most of whom conveniently forget that they were once shore break fodder themselves.

A virulent form of social resistance has fomented, aimed most directly at those new surfers who are learning as adults, a scenario that good ‘ol Brian McCall probably never could have imagined. Many “defenders of the faith” also believe that this new wave of enthusiasts has dragged what has previously been perceived as a free-spirited, rebellious activity into the mainstream, as if these vacationing Mid-Western families, and especially the much-derided VALs (snarkily defined by various website wags as Vulnerable Adult Learners) are appropriating authentic surf culture in much the same way Elvis, and later British rock bands like Cream and Led Zeppelin took traditionally African American Delta Blues riffs to the top of the pop charts [read: white people’s music].

How a laughing kid being pushed into their first wave at a surf school in Boynton Beach, Florida somehow cheapens the experience of those surfers who, an appropriate number of years earlier, approximated the very same seminal event, remains a mystery. As do most the ethical distinctions that continue to be so vigorously contested in this strange, wonderful, and often exasperating sport of ours.

Why It’s Not Going Away

“I tried surf-bathing once, subsequently, but made a failure of it. I got the board placed right, and at the right moment, too; but missed the connection myself. The board struck the shore in three-quarters of a second, without any cargo, and I struck the bottom about the same time, with a couple of barrels of water in me. None but natives ever master the art of surf-bathing thoroughly.”  – Mark Twain, from Roughing It, 1872.

For everyone else there are surf schools.