“CSEF Is Bridging Skateboarding and Higher Education” interview via Malakye.com 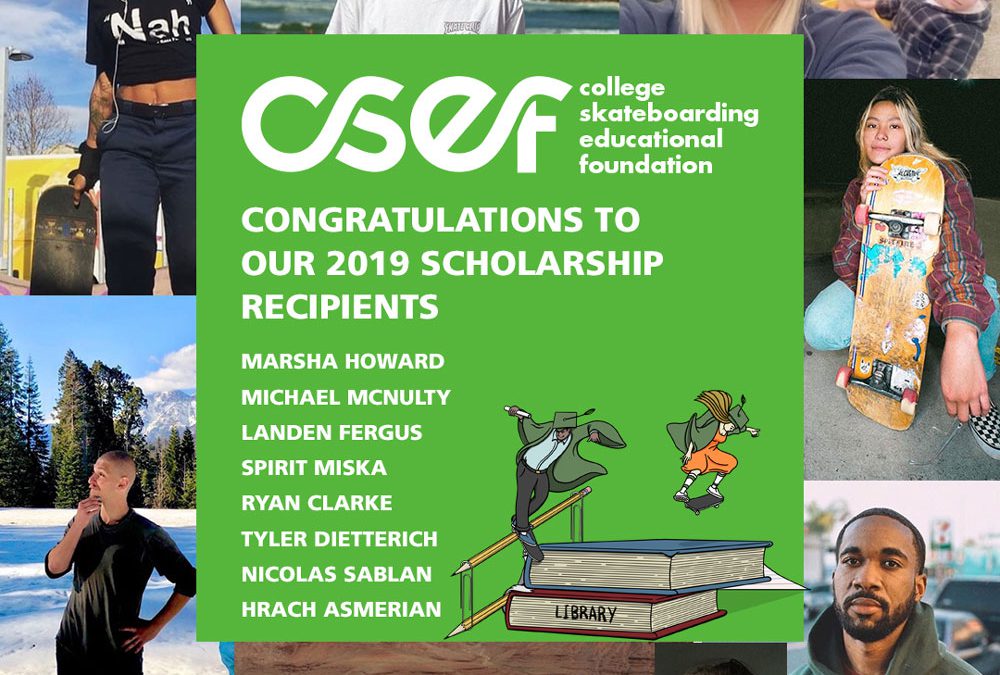 Keegan Guizard literally skated through college. He was an inspired student at North Carolina State University who founded a collegiate skate tour and then shortly after college he co-founded The College Skateboarding Educational Foundation (CSEF) with Thomas Barker and Neftalie Williams, who’ve both been involved in the skate industry for a long time. CSEF connects skateboarding and higher education and is a great way to help young skaters see a bright future through skating without having to turn pro. Check out this interview with Keegan, a video that explains a lot, and learn how to get involved.

Learn about applying for a CSEF scholarship here.Learn how to donate and get involved here.
What inspired you to create The College Skateboarding Educational Foundation (CSEF)?

When I was in school at North Carolina State University, we had a Skateboarding Club that hosted local contest events for charity and went on school-funded road trips. We had so much fun. As part of an entrepreneurship course, I started Collegiate Skate Tour, a national contest series for college students (we had a division for non-students too). That was an opportunity to keep doing events and traveling post-graduation. After I moved to Los Angeles in 2015, I met Thomas Barker and Neftalie Williams who I co-founded CSEF with. I wanted other skaters to know how much fun skating in college can be and to be able to potentially set themselves up for a better life after skating. The organization stands for so much more, but that’s a narrative that I experienced as a skateboarder that went to college.

What’s the breakdown of what it took to get from idea to distribution of the first scholarship awards?

Getting a nonprofit going was its own process. When it was up and running, tax-exempt, we immediately started fundraising (learning a lot in the process). We founded CSEF in 2017, and in early summer of 2018 we closed applications. We looked at how much money we’d raised, narrowed down our list of applicants, and made the best decisions possible to award scholarships to the most impressive skaters that applied. Among our own team we personally read every application, which is the most difficult and most fun part of my job.

Are there categories of scholarships? How are dollar amounts figured out?

All scholarships (so far) are of equal amounts, and there are no categories. In our first year, we awarded $500 amounts. In each of the past two years, we’ve given $1,000 amounts.

What’s the criteria for picking recipients?

We award our scholarships based on three factors: good grades (average GPA is 3.8 or higher). financial need (based on household income vs aid). and community involvement. All of our scholarship recipients have been extremely involved in their local skate scenes, helped build skateparks in their areas, have nonprofits of their own, have built DIYs for their community, etc…

Is there an opportunity for brands to get involved and have named scholarships on an annual basis?

We are absolutely open to brands getting involved and helping us award larger amounts to these many deserving skateboarders. As long as those brands have values congruent with our own. We average about 200 applicants each year, and almost half of those deserve support in some way.

How would you like to see CSEF evolve over time?

CSEF should always be run by youthful skateboarders. This organization will definitely live on after our current Board of Directors are gone. In the meantime, we absolutely have goals for growth. In the next five years, we want to have awarded $500,000 in total and at least one full ride scholarship.

Are you in need of help for any areas of the business operations behind CSEF?

CSEF is always open to help with development/fundraising. We want to have a Board of Directors as diverse as skateboarding is, so we are open to bringing more BIPOC and non-male folks into the fold.