“Did Pete Mel Just Catch the Wave of the Decade at Maverick’s? Many in the channel say, “hell yeah!”” by Marcus Sanders via Surfline.com 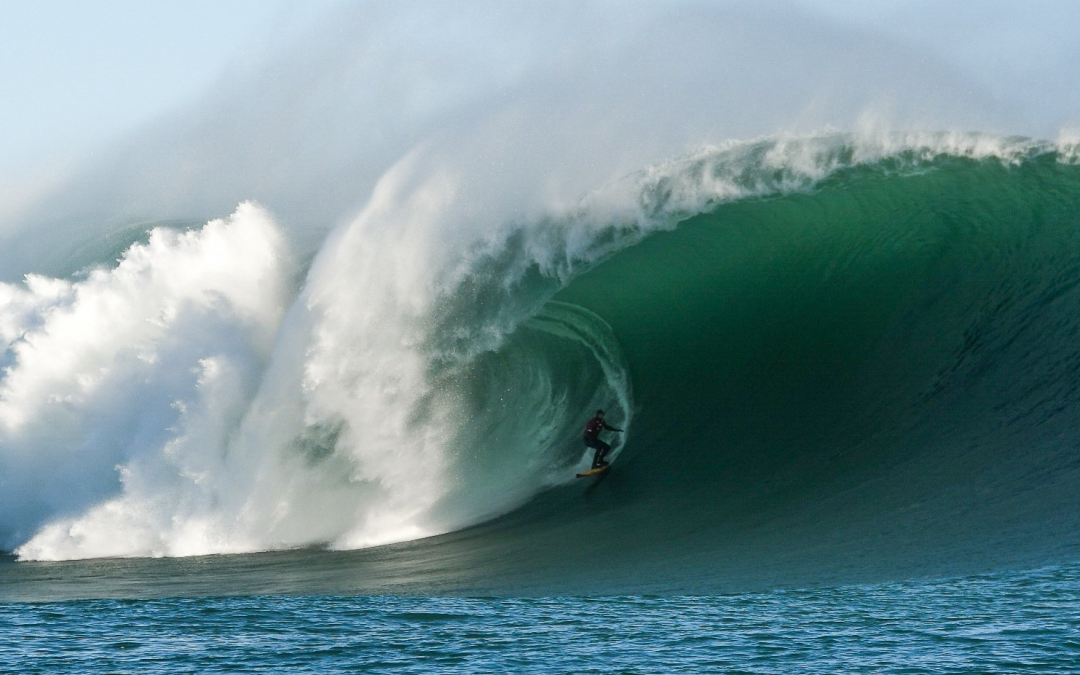 Earlier today, Peter Mel, who already snagged one of the best waves of the year at Maverick’s on December 8th — and was towed into a bomb and then rescued by his son last Saturday — just upped the ante. Again. See below for video and Mel’s take on the wave, and stay tuned here for our realtime updates on this series of swells.

“That wave was by far my best in 29 years of surfing Maverick’s,” Pete said. “I mean, I’ve been seeing those types of waves my whole life. But I was never brave enough to do it. I always thought, ‘maybe I could get one from there.’ Then, the other day (Dec 8) kind of catalyzed that slightly.”

“So today, I just went to my spot again and said to myself, ‘I need to be a little deeper so I can actually get behind it and then pull up into it.’ And that’s kinda what happened. I just visualized the outside part where you can get the chip-in. That’s the only way you’re going to get through one of those big ones. Because you can’t take off from the bowl. It’s too vertical.”

“So I got the chip on the shoulder and it worked out. The wave stayed open. I’m actually depressed right now. It’s crazy. I don’t know. It’s the weirdest thing. I’ve never felt this kind of…it’s like, ‘Oh my God. I’m 50 years old. Did I just do that?’ But it’s like, ‘now what? What do I look forward to now?’ You know what I mean? Do I do it again? It’s pretty scary, I guess, so I don’t know.”

“If anything, Pete Mel deserves a lifetime achievement award for that wave,” says longtime Mav’s charger Johnny Bowling, who was sitting next to Mel as he paddled into it. “To come from that far back, that far outside the bowl and backdoor it — that was total commitment. You’re literally putting it all on the line in those scenarios and hopefully everyone recognizes that.”

“We’ve had bigger swells, bigger days, right? That was just one of those waves. We’ve always thought about, talked about trying to put ourselves in those positions towing-in, but we were kind of frightened. And I think with the bigger board, and just the way I was slower into it, I wasn’t going as fast, so I didn’t outrun it. I was just pitted, and that was because I paddled, you know? It’s just one of those things where you think you can paddle it. You think you can do it, but you just don’t know until you do it. And finally, I got an opportunity.”

“He took off so deep he wasn’t in frame,” said land-angle videographer David Sjostedt. “I didn’t even know there was anyone on it until he came out.”

For 35 years, Surfline/Wavetrak has connected people with the ocean. Starting with surfers and expanding to offshore cruisers, anglers and a myriad of other boating, fishing and surfing enthusiasts, they’ve made it our mission to deliver peak maritime experiences. They provide those who work and play in the ocean with all the advanced tools, personalized insights and immersive content to make their lives better — supplying them with the information they need to make smarter decisions, seek out new experiences and gain valuable knowledge.