“Did the Pandemic Change Retailing Dramatically?” by Jan Rogers Kniffen via The Robin Report 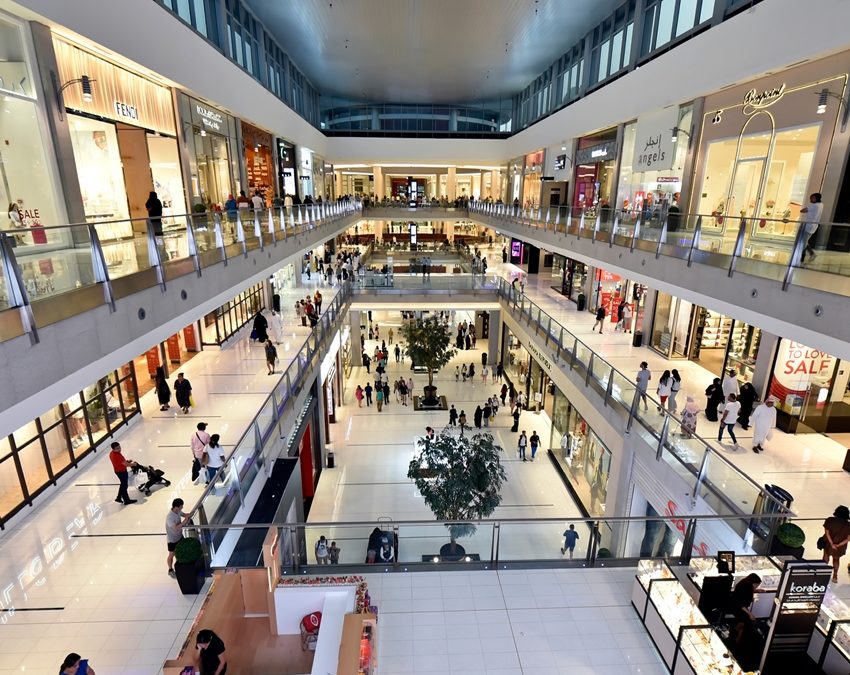 Any professional observer of retail trends and every shopper in the U.S. would tell you that retailing, and retailers changed dramatically during the pandemic. But many of those changes were already in the works before the pandemic even started. One of the interesting things that happened during the pandemic is that Amazon announced the closure of almost all their test stores that were in the works. On the surface, one might think that online retailing charged ahead so rapidly during the pandemic that Amazon decided to withdraw from stores altogether, concluding that the world had passed brick-and-mortar stores by. Well, there is no doubt that online selling charged ahead during the pandemic. It went from about 9 percent of retail sales to over 18 percent in that short (very long living through it) pandemic period. But Amazon’s move to close stores and try “something new,” which right now seems to be a 30,000 square-foot department store, seems to be driven by the poor consumer reception to the various test stores tried so far, not a belief that stores are not still important.

My conclusion is that despite the explosion of online selling during the pandemic, stores became even more important as retailers realized that physical stores were going to be great support for online retailing going forward. They saw the billboarding effect of the store was real, using the store as a distribution center was necessary and using the store as a customer service center for online sales was a requirement.

So, Macy’s, for instance, decided to slow down its store closure program and Warby Parker and many other online-only retailers decided that they needed a physical presence, either a store of their own or a shop within an existing store like Nordstrom or Macy’s. On the other hand, despite Amazon arguably (some experts would say unarguably) being the very best online retailer in the country, it might also be the worst brick-and-mortar retailer in the country. Amazon Book Stores, Amazon GO, 4-Star and Pop-Up all seem to be folding their tents or at least shrinking their tents. And my view is that Whole Foods, which admittedly wasn’t very good when Amazon bought it, is no better a retailer today.

So, what is really happening regarding stores vs online post-pandemic? I contend that retailing changed very little because of the pandemic, but the pandemic greatly accelerated the changes that were already in the process of happening. Certainly W.A.T.C.H., Walmart, Amazon, Target, Costco, and Home Depot were already winning. The pandemic accelerated their winning streak, by a lot. BOPIS (buy online, pick up in store) and all its variations (return to store, ship from store, curbside pickup, and the store as a customer service center) already existed. The pandemic just accelerated all these services for the physical store to support online selling.

Certainly, we are not going to the office now more than we did in 2019. In fact, we are going way less, and that impacts where we shop. The highest return-to-office city in America so far is Austin, TX, barely edging out Houston. Austin is up to 60 percent in office attendance compared to 2019. Right now, the nation is returning to the office at a rate of just about 40 percent vs 2019. There is just no way the country will get back to even 75 percent of 2019 levels once we reach a “steady state.” Office workers have discovered that they can live at the beach or on a ranch or in the same city as their families, best friends or significant others and be just as productive. Actually, they are more productive than going into the office every day and often being miserable with work/life balance. And with next gen tech skills in high demand, they are calling the shots and not coming back until they change the workplace culture first.

What else has changed? Buying online has increased in percentage of total retailing every year since 2000. It accelerated its share in 2020 and 2021 more than it would have without the pandemic. Despite expert opinions to the contrary, post-pandemic brick-and-mortar will not take back share in 2022 when we count it all up at year-end. Online selling was down in growth 6 percent early this year, but now it is only down about 1.5 percent. By the fourth quarter 2022, I predict online growth will be nicely positive again. It will be a year of low growth, but it will still be growth. And looking ahead to 2023, online selling will again take share at a faster rate than in 2022. The same goes for 2024 vs 2023 and for every year for the rest of this decade.

5/ We Will Continue to Leave the City

Suburban migration, which was actually a short-lived blip that started in the 1950s, was already turning into a trickle to the suburbs and rural areas before the pandemic. Then during the pandemic, it became a mad panic rush out of the cities. Post-pandemic, that mad rush will slow down, but we are not going to see a net migration back to the city in 2022, 2023 … or ever again. Gradual ex-urbanization will continue, because not having to be in the office five days a week eliminates the commute.

Regarding the health of brick-and-mortar retail locations, I have seen the greatest location turnover in my career. The pandemic took out 50,000 little stores in a two- year period plus 200,000 mom-and-pop restaurants – and they aren’t coming back. Will we see new exciting (and not so exciting) mom-and-pop stores and restaurants? Sure. Will they still fail at the same rate as before? Sure. Will we still have malls in 2030 or even 2050? Sure. Will we have as many malls as we have today, recognizing that retail sales in total will be dramatically higher than today? No! Will we have half as many as today? Yes! What about stores in general — more than today? Yes! Will new store openings grow as fast as total retail sales? Not a chance in the world.

Why will there be stores at all? Well, the store matters as a showroom, pick-up location, distribution facility, return depot, and as a place to visit and be inspired. It will still matter in 2030. And it will still matter as a social connection for some shoppers. But remember, now every day a retailer can accomplish all of that with fewer and smaller stores and with an ever-higher percentage of sales being online.

Yes, stores are with us to stay. They have mattered since the first shops opened on the Appian Way in 300 BC and since the tabernae opened in Rome about 60 AD. There will just be fewer stores per capita, smaller stores on average, and these stores will serve as showrooms, selling platforms, distribution, return and customer service centers. The best stores will be operated in the best malls, and the rest of the malls will be either under reconstruction or in receivership — or both. Or they may be bulldozed and the land repurposed. The stores that do exist will be much more exciting, entertaining, amusing, welcoming and comforting to the consumer. They must be.

The one consistent thing about retail is change. In the future, technology will be integrated more deeply into physical stores. As with the past, retail stores will continue to evolve, and the rate of change will only accelerate. We will have a store option for buying most goods for the rest of our lives. That said, boring, badly run and inefficient stores will fold up like a cheap card table. Online selling will grow to an ever-higher percentage of total sales every year for the foreseeable future… or until it hits about 70 percent. I may be optimistic that brick-and-mortar stores can retain 30 percent of the total sales base long term, but I certainly don’t see how the stabilization point can be better than that for physical retail.

Retail expert Jan Rogers Kniffen is a former senior retail executive and a management consultant with almost 40 years of success in the retail and consulting industry. As a retail pundit, Jan is a featured spokesperson across media including CNBC, Fox Business, Bloomberg, Yahoo Finance and TD Ameritrade as well as print. Jan is CEO of J Rogers Kniffen WorldWide providing consulting services to retailers, retail real estate owners, brands, manufacturers and investors in retailers and retail real estate.