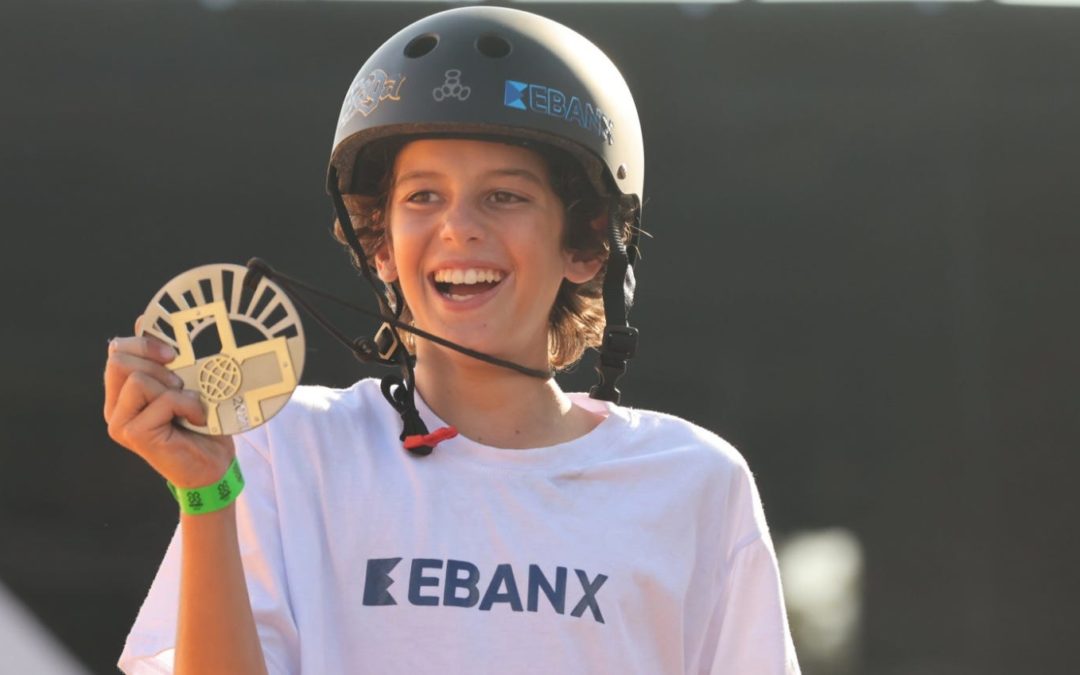 Twenty-two years after Tony Hawk became the first skateboarder to land a 900 on a vert ramp at the X Games, Gui Khury made history of his own Friday night on Day 3 of the X Games in Vista, California.

Khury, 12, became the first to land a 1080 on a vert ramp, winning the gold medal in the Vert Best Trick contest by besting eight others, including Hawk, who was a surprise entry at age 53.

Hawk, a 10-time gold medalist who hadn’t competed in the X Games since 2003, decided less than an hour before the competition that he would enter. The 18-year gap between X Games appearances is the largest in history.

A victory in the Vert Best Trick, which is a gold-only event, would have made Hawk the oldest gold medalist in X Games history.

Competing against his childhood idol, Tony Hawk, Gui Khury dared himself to do something nobody had done before Friday night on Day 3 of the X Games in Vista, California.

The 12-year-old dropped down the vert ramp, gained some air and then let physics take over as he rotated 1080 degrees and became the first skater to land the trick on a non-mega ramp. Hawk embraced Khury who was wiping tears from his face.

Khury became the youngest gold medalist in X Games history. He beat eight other competitors in the Vert Best Trick contest including the 53-year-old Hawk who was competing at the games for the first time since 2003.

The trick requires the skateboarder to make three full turns while in the air. Khury had previously landed a 1080 during training last year but not during a competitive event.

Khury’s moment came 22 years after Tony Hawk became the first skateboarder to land a 900 on a vert ramp at the X Games.

Brighton Zeuner previously had the record for youngest gold medalist at the X games after winning in 2017.

Tom Schaar was the first person to land a 1080, doing so when he was 12 years old on a mega ramp in 2012. It took him five attempts to land the trick. The trick is considered the “Holy Grail” of skateboarding.