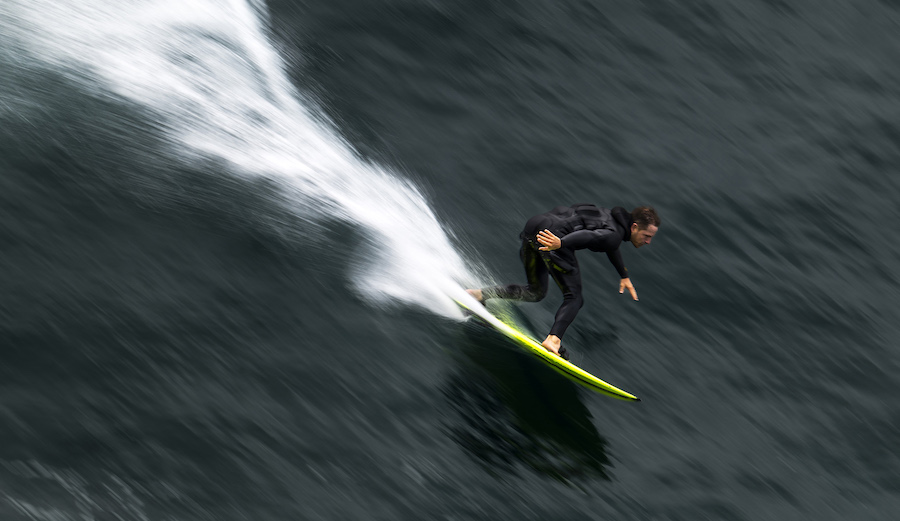 Sebastian, focused amidst the chaos of Nazaré. Photo: Joerg Mitter.

We know this: several massive swells have occurred at Nazaré in the past couple of years. And with them have come the things we aren’t so sure of. Namely, if the world’s largest wave may have been surfed during that time. Claims of catching the elusive 100-foot wave have been made time and time again, so much so that it tends to become background noise. At least until someone confirms it using a plausible system.

Measuring waves is a difficult task, especially the shifty monsters on offer at Nazaré. In recent years, however, attempts have been made to standardize the way big waves are quantified, hopefully bringing clarity to the often murky claims. That’s becoming increasingly important as the hunt for the “100-foot wave” has gained mainstream attention thanks, in part, to the recent HBO documentary.

“You want the largest ruler possible in the image and to validate its size,” Adam Fincham recently told the Washington Post. Fincham is a University of Southern California associate professor of engineering specializing in geophysical fluid dynamics, who led the analysis of Steudtner’s wave.

As they can be easily measured, the “largest ruler possible” is often a Jet Ski. In the case of Steudtner’s wave, though, there wasn’t one positioned correctly within the footage. Instead, they used something else: Steudtner’s lower leg.

“That distance does not change since you can’t bend your lower leg,” Fincham explained. The surfer’s entire height is less useful as a reference point since big-wave surfers are often low in a crouch, zipping along at breakneck speeds over often-uneven faces.

Using Steudtner’s lower leg as a ruler, Fincham and his team engaged in an exhaustive measurement process including 3D modeling, interviews with the two filmers who captured the wave to account for the equipment they used, traveling to Nazaré to calculate camera angles and distance from where the wave itself broke, and much more. Eighteen months later, they emerged with a number: 86 feet. It topped the previous world record holder Rodrigo Koxa’s 80-foot wave, ridden at Nazaré in 2017.

With so many incredibly large waves surfed in the past few years at the infamous venue, and the growing momentum in the search for the 100-footer, it’s hard to imagine that Steudtner’s record will stand as long as Koxa’s had. But only time will tell.