“How U.S. Surf Shops Are Trying to Adapt During COVID-19 Pandemic” by James Burke via Surfer Mag 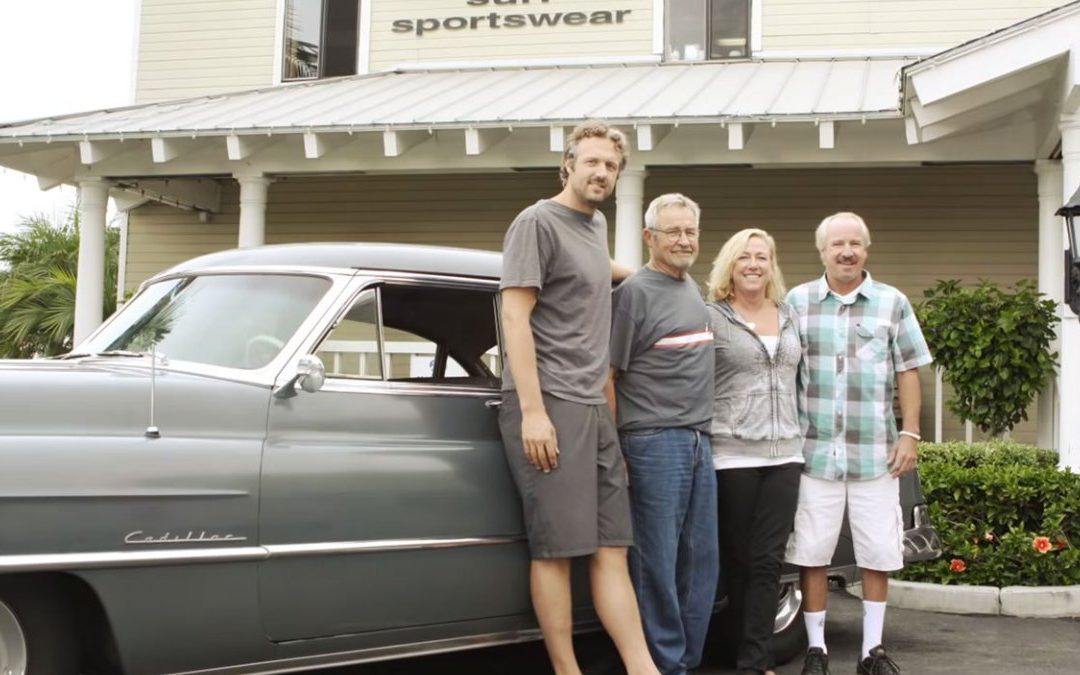 Many surf shops that have been around for decades, like Hansen’s Surfboards, have taken a big hit in sales this month due to the COVID-10 outbreak. Photo credit: Hansens

It’s hard times all around as we all batten the hatches and hunker down for the storm caused by the novel Coronavirus. Small businesses, in particular, are feeling the devastating effects of the COVID-19 crisis we’re in. And surf shops — our culture’s brick-and-mortar watering holes — are no exception. Shop owners in the U.S. are bracing for the long haul, turning to their e-commerce sites and offering free shipping and sitewide discounts to remain afloat — but they’re not losing hope just yet.

“It’s like Groundhog Day around here. A few of us come to work, we get some work done,” says Josh Hansen, of Hansen Surfboards, one of San Diego’s oldest surf shops. “We’ve been shut down now for seven days, and quite frankly, the seven days prior to that we were seeing maybe an 80 percent falloff in business. Our March business will be down probably 60 percent, and we’re anticipating probably not being open in April. So, yeah, it’s challenging. We’re rationing our cash and just trying to understand the small business loan that’s coming out through this new bill that Congress just signed. We should have details on that soon, and be able to make a decision on which direction to go from there. But, we’re blessed to be financially strong, so we feel like we can get through this. If we can’t get through it, I don’t know who will.”ADVERTISING

In San Francisco, Mollusk Surf Shop, located in the city’s Outer Sunset district, is allowing only one employee to man the store during each shift to receive orders, handle online work, and (carefully) facilitate in-store pickups.

On the east coast, things aren’t any better, and perhaps tougher in New York, which has been hit hardest by the pandemic: “We’re doing the best we can,” says Charlie Bunger, Jr., proprietor (along with his brother Tommy) of Bunger Surfboards in Babylon, New York. “Obviously it’s not fun. Starting on Sunday we had to close our doors, which, in 58 years, there are not many days that we’ve closed, apart from major holidays.”

“We have an online business that we do (bungersurf.com) and I’ve been getting some stuff from that,” he continues. “I’m a part of a pretty tight-knit community so friends and family are supporting us, and they bombarded us before we had to close. Free shipping, free drop off, we’re doing whatever I can. Like everybody, I guess, just scrambling. We’ll get through it.”

These are uncertain times, and recreation and hobbies, or however you want to classify surfing, are among the first things to get bumped off the list of necessary expenditures. Still, Bunger noted that “a couple people have called to get boards going because they don’t know what’s gonna happen.”

Thirty miles to the west, in Long Beach, New York, Unsound Surf Shop’s brick and mortar store also closed for the foreseeable future. In the meantime, they’re offering a 15 percent discount and free shipping for online orders the duration of their closure.

Down the coast in Charleston, South Carolina, McKevlin’s Surf Shop, which has been open since 1965, closed its doors to the public last Friday.

“Technically we can do takeout and delivery, but we can’t let anybody in the store,” Tim McKevlin, the shop’s owner, said. “Some of us have been working. Those shipments are still coming in, and we didn’t want to have a shop full of cardboard boxes.”

Fortunately, some of the shop’s suppliers — namely Channel Islands Surfboards — have been accommodating.

“We’ve had a lot of companies do a lot of nice things,” says McKevlin. “Channel Islands contacted us the other day as we had a couple of custom boards for customers ready. They said they’d be glad to ship it directly to the customer. And then several of the other companies have gotten in touch with us and offered longer credit terms or they’d be willing to work with us on payments. They’re pushing shipping dates back [and saying] ‘We’re here for you, let us know what you need us to do to not make it worse for you.’”

Through this tough phase, when hours are cut to almost zilch, McKevlin has been primarily worried about his employees.

“I just want to make sure that they have a place to come back to and that they’re taken care of in the meantime,” he says. “I’ve gone ahead and paid our full-time employees for two weeks of work, ahead of time, in case they have issues and need to get supplies or whatever. It’s frustrating sitting around waiting for our politicians to come up with something… and then this timing. The President of the US says it’s gonna be Easter. Some people say it’s gonna be two years. We just don’t know when it’s gonna be.”

“I’ve seen this sort of thing before after bad hurricanes,” says McKevlin. “Surfing is one of those things that gets people back to feeling normal again. It makes you feel good to be out there and escape from all of this for at least a few minutes. We’re not essential, but it sort of feels like the surfing business is protected in a sort of way.”

For other valuable surfing related articles and a ton of epic surfing, visit: https://www.surfer.com/