“If You Have Fears Of Recession 2022 for Retail, Take Hope” by Bob Phibbs via The Retail Doctor Blog 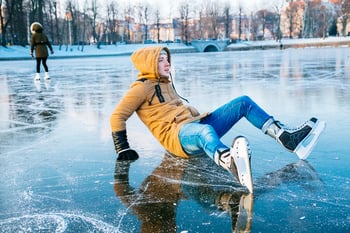 You can’t open your browser without someone somewhere scaring you about an upcoming cataclysmic recession.

A bit of education. Recessions last between two and 18 months, with an average of 10 months. By definition, we are already in one with two consecutive quarters of negative GDP, although the National Bureau of Economic Research has yet to call it a recession. In fact, at the end of October, the U.S. GDP accelerated at a 2.6% pace, better than expected, as growth turned positive.

Yet many see the need to call out recession – it’s mostly clickbait. Others use the R-word as a chance to burnish their bona fides. I write this to create some balance between fear and misinformation.

Typically, employment and demand go down during a recession. But 2022 is not like 2008.

We had an economic event with the coronavirus pandemic.

Here’s the thing, we’ve been through massive recessions before. But in each of those, demand dropped, and so did employment.

Many people have side hustles and work remotely. Many have income not recorded by payroll stats. How else can you explain sales continuing to go up?

Most businesses are threadbare; adding and training people is their only way to convert more lookers to buyers if demand drops.  You would think luxury would be the first category to show softening. But look again…

Luxury is having the time of its life, with Hermes and LVH reporting huge sales and pricing increases due to scarcity. And they’re raising prices again.

That’s not to say that people who can hack or thrift aren’t sharing the spotlight. A young woman on TikTok showed how a copycat of Kim Kardashian tops for $9 was just as good. Gen Z calls them “dupes.” Affordable fashion is all the rage on Tik Tok for young people without disposable income.

But without that disposable income, they aren’t retailers’ customers.

It is not very likely that if they buy Shein and Depop dresses for $10, they will magically grow to want to pay full price for fashion brands.

Does that mean all brands should be doing resale?

Look, Nike reported they have $9 billion in overstock, yet, according to Business Insider, they are opening 200 new stores. They understand they are best positioned to sell their brand.

And Nike isn’t the only one opening more stores; according to the Wall Street Journal, retail real estate is enjoying the biggest revival in years.

Yes, Recession fears are real, and prices are still climbing.  FedEx announced a rate hike of 7% – the largest in history. But maybe the playbook of what a recession is or could unleash doesn’t relate to an economy recovering from a pandemic.

Are retailers going to be letting employees in stores go?

What will keep people shopping?

Retail products are what connect all three.

Here’s what you need to create for those shoppers to buy from you, even if we are in a Recession in 2022.

One of the joys of going to Seattle is visiting the original Nordstroms. I’ve had good and bad experiences, but I wanted to see if the frontline associates were disengaged since the pandemic and if shoppers were missing.

I was greeted by Maxwell, who knew the brand of jacket I had on, and he engaged me about the new upgrades they were getting. A complete salesperson, he knew his stuff and moved easily around the departments.

At the fitting area, I was introduced to a happy tailor who, when I told him I wanted “kissing buttons” on my new jacket, said, “I’ve been here 30 years and never heard that.” I told him that’s what they called them in New York and showed him. He then told me he had retired but asked to return after a few years off because he enjoyed his job at Nordstrom so much.

Koby, another salesman, dressed in a Tom Browne signature coat with what appeared a tie wrapped around the left jacket arm, a pair of stunning kicks, and a colorful shirt came back to the fitting area with a customer. I told him he was the epitome of style. “You could wear it.” I told him no. He said, “Style is all confidence, man.”

By the time I had to have my pants hemmed, another tailor was ready. Wearing a peach jacket and colorful shirt, he engaged me. I found out from Maxwell he had his own line of clothing. I said you should be on Amazon’s Making the Cut, and he said he had been a finalist but got sick!

During my roughly 30 minutes in that area, on a Wednesday afternoon, at 5 pm, three tailors were busy with 6-7 guys buying suits and jackets.

Max shared with me that last year was great to have their regulars come back to get a new jacket for an event. This year they are coming back to update their wardrobes.

This report from the shopping front lines flies in the narrative that the frontline is miserable, no one likes to work in retail, and no one is going to department stores.

Admittedly one store does not make a trend… however, the unremitting fear served to us daily about retail is now just a running narrative.

At my event the previous day, I was asked, “Do you think we are headed for a recession?”

I said there are always ups and downs and for every person who cuts way back is another who doesn’t. “We’re at this show, and all our vendors are telling us to cut back because there will be a recession next year.”

And that’s how it happens, my friends. People fear the worst, cut orders, drop demand, and it becoming reality.

Yes, there is still ground to make up, as visits to malls of various types showcase resiliency, according to Placer.ai.

But make no mistake, this is not the start of a retail Armageddon…

We see high demand across categories, and there are not enough people working.

Nothing is the same as in 2008, and payroll data alone doesn’t tell the story because fewer incomes can be tracked.

People have shifted and are moving, working remotely, and are self-employed.

How else can you explain my weekend visit to Park City mall in Allentown, PA? Groups of Gen Z shopping at the mall in a rural location. Holding bags of purchases in groups of three or more. All ages. All ethnicities. All coming to the mall.

Or how about Lambertville, New Jersey, filled with Halloween-themed decorations city-wide? Stores were full, restaurants were full, and shoppers had bags of treasures they were taking home.

If you have fears of a recession for retail, and if we are already technically in one, could this instead be the start of a new normal of opportunity in retail?

We are pleased to mention that the author Bob Phibbs aka the Retail Doctor (who has contributed to BRA with outstanding articles like this one and so many others that we have reposted over the past couple of years) has also contributed to BRA monetarily. We value his relevant retail insight and encourage you to learn more about his offerings by clicking on the following link to his website: www.retaildoc.com