“Is Retail In Recession – Or Are We Coming Out Of It?” by Walter Loeb via Forbes Magazine 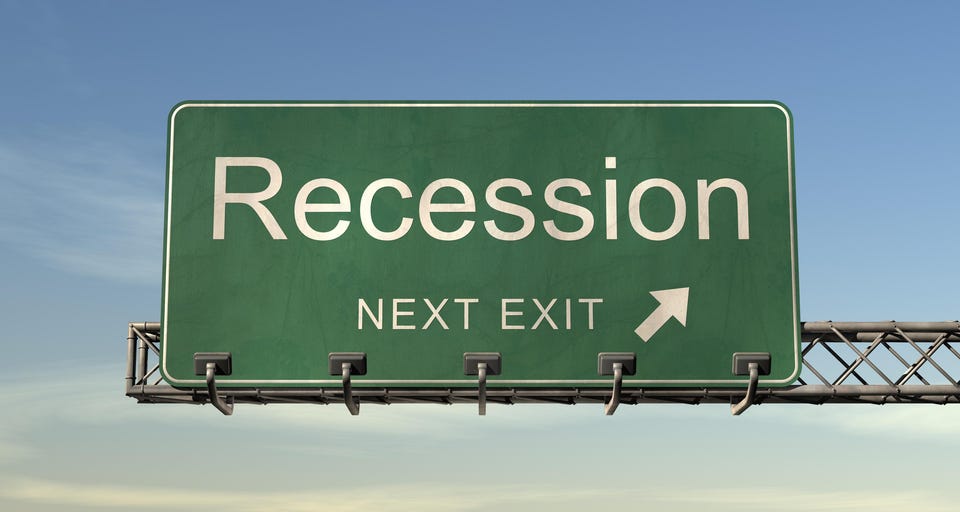 Road sign with the words “Recession next exit” featured.GETTY

The New York TimesNYT +0.8% published on Friday that retail sales fell in November despite Black Friday deals. That means that we are in a real slowdown of sales at this time. Despite this news, the Federal Reserve raised interest rates 50 basis points. Later that day, Professor Jeremey Siegel of the Wharton School at the University of Pennsylvania forcefully screamed on CNBC that the Federal Reserve is forcing us into a long-term recession.

I turned to Lawrence Haverty, retired distinguished retail analyst for States Street Research and Putnam Management who observed that we have had already two quarters of negative GDP and that prices are coming down. He feels that the inflation is over and unlikely to go higher in many classifications. He was surprised that the Federal Reserve Board raised rates by fifty basis point.

Jeremy Siegel observed that shipping costs are coming down rapidly, as are transportation costs in general. Supply line costs are decreasing, wages did not keep pace with the inflation when prices rose so that shoppers had less discretionary spending power. Food prices are reducing selectively and slowly.

Christmas sales started early this year. Notably was Amazon’sAMZN +0.3% Prime Days sale in October and aggressive sales by Macy’s. Kohl’s, WalmartWMT +0.9% and TargetTGT -1% that created a very strong promotional environment in the October/November period. It added to early buying by shoppers who were afraid they would miss out on a good deal. It certainly took away from the emphasis of Black Friday – the day after Thanksgiving. This was especially true with respect to electronics and televisions. Best BuyBBY -0.7% and many stores advertised their Black Friday deals early.

November is the traditional start of the holiday shopping season, and while there were many sales before the Thanksgiving holiday, there were nearly 200 million Americans who shopped during the Thanksgiving weekend. That includes Cyber Monday which spiked spending. It will be interesting to see what this coming week will bring in sales.

This week the weather is finally colder, and boots and winter gear will move off the shelves. In addition, December 24th falls on the Saturday before Christmas. That day generates three to four percent extra sales which would boost the Christmas season to an 8% to 9% sales increase.

POSTSCRIPT: With the Federal Reserve raising the target for interest rates, one could see an abrupt decrease of sales in January and planned sales might not occur. We are in uncertain times. Major banking houses including Goldman Sachs and Morgan StanleyMS -0.5% are reducing their staff. Other companies are also thinning their cadre. 2023 may be a difficult year.

We at Board Retailers Association are here to help you to succeed regardless of adverse economic predictions by providing resources and programs that enable you to lower day to day costs, increase margins and create more remarkable customer experiences. We provide a voice for our Retail Members and will never share your information. BRA has been “protecting retailers and a lifestyle” for 20 years. If you are not yet a BRA Retail Member, you can easily opt in to either Regular (no cost) or Distinguished ($100/yr.) Membership via this super simple join form