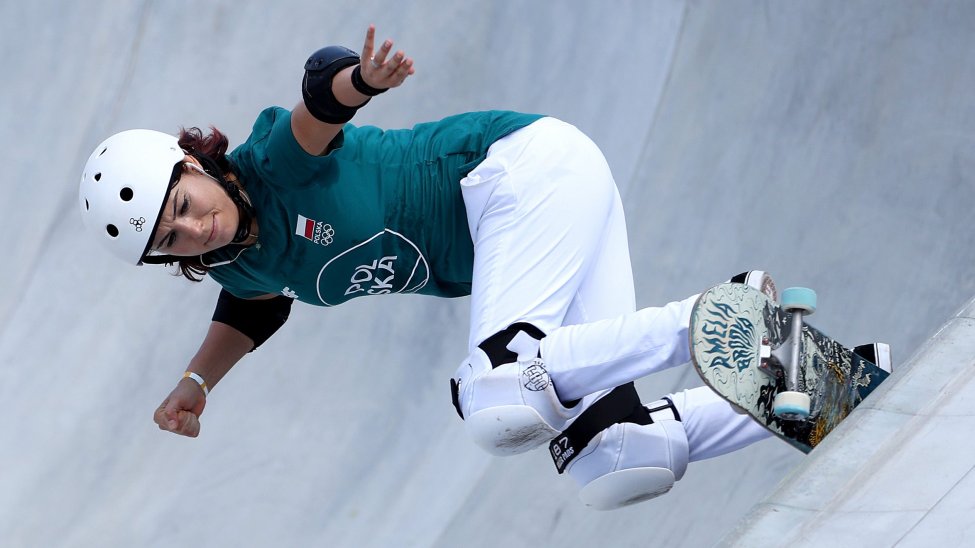 Skaters of all ages, it’s time to grab your board, camera and riding tunes.

Exposure Skate is showcasing some of the world’s most innovative female-identifying and non-binary skateboarders through friendly competition, all the while raising money for local domestic violence shelters.

On Nov. 6, the iconic La Paloma Theatre in Encinitas will host the world premiere of Exposure X, a feature-length skate video featuring top female skateboarders from around the globe.

The premiere will serve as part of the group’s annual women’s benefit for the Community Resource Center’s Domestic Violence Shelter.

When Brodka was first learning and developing her skating skills, she stressed how there weren’t many opportunities for women and girls in skateboarding.

“It was my dream to be a pro skateboarder, and I saw more and more girls and women skating at a higher level all the time, and I wanted to help support the movement that I was seeing because it wasn’t getting any support from sponsors or event coordinators or anything,” Brodka said.

While attending the University of Southern California, Brodka created a documentary that focused on the glaring lack of opportunities for women in skateboarding.

Her film, Underexposed: A Women’s Skateboarding Documentary, analyzes the skate industry’s approach to female skateboarders and examines how to improve female representation in the sport.

Brodka said a flame was ignited within her after the X Games canceled the women’s skate vert event in 2011, a competition close to Brodka’s heart as she had been a qualifier.

“It seemed like there was no way for a female to become a professional skateboarder,” Brodka said, “What I wanted to do was just help fill that void and create an avenue through which girls can pursue skateboarding.”

And thus, Exposure Skate was born.

She said her main goal, and the reason why she loves Exposure Skate so much, is the camaraderie among girls of all ages.

“To me, it’s about bringing the community together. It’s just wonderful to see girls from Australia meeting skaters from South Africa for the first time. Then, they bond over their love for skateboarding and create lifelong friendships.”

Empowerment goes beyond the competition. A key component of Exposure Skate is giving back to the community. Every event, whether it be a competition, clinic or program, has a community service element.

Monthly Exposure clinics have a different service-based theme where girls volunteer in the community before hopping on their boards.

“Each month they learn about a different need in the community, such as bullying or homelessness. Then, we adapt an activity around that need. Maybe making friendship bracelets for victims of bullying or collecting homeless support kits,” Brodka said, “We like to instill that sense of community, supporting one another in our participants.”

Brodka was born and raised in Poland. She moved to the U.S. when she was 8-years-old, where she fell in love with the sport.

Her brother first introduced her to skateboarding… well a skateboard, at least.

“I would play with it and then just take it and ride on my knees,” Brodka said. “I just was in immediate love with that feeling, you know, just like the wind in my face and the rush of speed.”

The feeling did not last long as her brother stopped letting her use the board because she “wasn’t doing it right.”

After that, it was about four years until Brodka saw another skateboard.

“I just saw my friend skating down the street. I was about 11 or 12-years-old and I just thought, ‘Oh, that’s the thing my brother said I couldn’t do.’ So, I immediately said to my friend, ‘You need to teach me how to do that,'” Brodka said.

It wasn’t until Brodka witnessed other girls skateboarding that she realized it was a community she could be a part of and pursue a future in.

Brodka recalled the first time she went to the X Games in Philadelphia during the early 2000s and stumbled across a women’s vert demo.

“I remember seeing Lyn-Z Adams Hawkins, who was 12, and I remember thinking, ‘Oh my gosh, I’m 12 and she’s over here soaring in the air.’ And in that moment, I realized, ‘Oh, maybe this is something I can do. I was obsessed ever since.’ So it’s all I want to do,” she said.

Fast forward to 2007, Brodka began competing in her first pro vert and bowl contests. It all came full circle when she was able to compete in the X Games for the first time.

Now in 2021, Brodka has a slew of awards and experiences under her belt from around the world.

She even had the opportunity to compete in the inaugural women’s park event at the Tokyo Olympic Games this summer, where she finished 17th in the semi-finals.

“It was an emotional roller coaster, to say the least, but it was definitely exciting to be a part of and I was able to do well enough in the events in order to be able to accumulate the points necessary,” she said.

For Brodka, competing in the Olympics carried a different weight as she was the only skateboarder representing Poland in the Olympic Games.

“It meant so much to me to even try to be a part of it because, all of a sudden, my family in Poland accepted what I do as something more than just a childhood toy and me wasting my time,” Brodka said.

Brodka added that living in Vista in San Diego’s North County was a huge help in preparing for the Olympics.

Three skaters from North County made up the U.S.’s women’s team— 22-year-old Jordyn Barratt, of Oceanside, and 17-year-olds Brighton Zeuner and Bryce Wettstein, both of Encinitas.

The three skaters were among the 60% of female skaters who competed in the Olympics this year who started at Exposure Skate, according to Brodka.

“It’s just been really wonderful to see their growth and to see how then they turn around and pay it forward,” Brodka said.

In its 10th year, Exposure is changing up its annual competition from traditional vert, street, and park skill events. Instead, Exposure X will explore what Brodka and her team deem one of skateboarding’s most valuable performance indicators — video.

Competitors of all ages and levels were asked to submit videos of themselves doing their best tricks, shredding it out and having fun.

“We’ve created a hybrid, virtual and in-person event, and each girl will film a video, which is basically a compilation of her best skateboarding and the most challenging terrain she can find,” Brodka said, describing the competition.

The winning videos will be revealed in the Exposure X skate film premiere at La Paloma Theatre on Nov. 6.

Winners of Exposure’s video competition will be awarded a $50,000 prize purse and be featured in “Thrasher.”

Last year’s benefit competition looked a lot different due to COVID-19. Exposure switched gears from in-person competitions to video submissions, something they are utilizing again this year.

For the event, 230 girls from 23 different countries submitted compilations of their best skateboarding for judging in 2020.

“I was overwhelmed to see how many girls were able to get out there and put together amazing parts. So many girls and so many rippers and so many new faces, it brought a lot of happiness to a lot of skateboarders around the world,” said Jordyn Barrat in a press release for Exposure X.

It’s like they didn’t realize that women’s skateboarding has progressed so much and it still is. It’s progressing really rapidly, and I know that we’re going to see that at Exposure X

Brodka shared that Barrat was one of the many female skaters who got their start at Exposure.

Barrat competed in her first Exposure event as an amateur in 2012 and has worked her way up the pro podium.

Brodka suspects even more girls and non-binary individuals may submit videos in this year’s competition after the positive reactions from industry members during the Olympics.

“It’s like they didn’t realize that women’s skateboarding has progressed so much and it still is. It’s progressing really rapidly, and I know that we’re going to see that at Exposure X,” Brodka said.https://www.nbcsandiego.com/news/local/encinitas-olympian-inspires-community-of-skaters-after-debut-in-womens-park-event/2683172/embed/#?secret=vTnOWR2HVd

She added, she is very excited to sit in the audience and listen to people’s reactions to the tricks that go down.

In addition to seeing what the girls bring to the table this year, Brodka hopes the event will shine a light on issues facing women around the world and in our own community.

“The rates of domestic violence have grown across the globe, so we definitely want to bring that issue to light and make sure that people know that there are resources that they can reach out to and that we support them,” she said.

Unfortunately, San Diego is no stranger to domestic violence.

According to the San Diego Association of Governments (SANDAG), there were 8,936 domestic violence incidents reported in the first half of 2021.

Click on the following link for more information about this Rad Event and this remarkable organization: ExposureSkate.Org