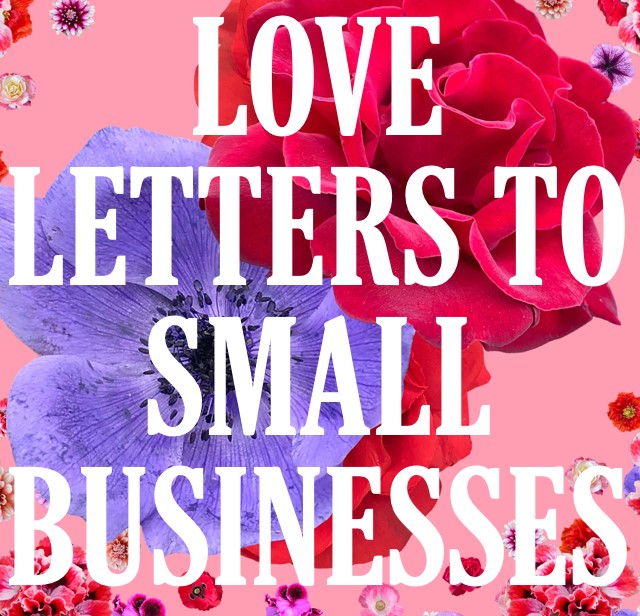 Small businesses make communities — whether densely populated urban areas or small towns — feel like home. It’s no secret that many businesses have been struggling over the past year. In New York City alone, almost 3,000 businesses closed between last March and August, and small businesses shed 520,000 jobs. Across the country, small businesses, from bakeries to shoe stores to day care centers, have struggled to stay afloat amid pandemic restrictions and a recession. But through these challenges, small businesses continue to touch their customers’ lives. And many patrons are more loyal than ever to the people behind these businesses.

The most loved small business workers do more than sell products: They foster a sense of community. To better understand how local businesses do this, we asked our readers to tell us about a small business they love. More than 500 people wrote in to share how small businesses and their employees have offered them kindness in hard moments, brought them joy and reinforced a sense of community even during periods of isolation. Here are four grateful customers, in their own words, on the small businesses that are special to them. These accounts, drawn from interviews and submissions, have been edited and condensed.

TO JEANELL
AND DERRICK MORGAN

The kind
shopkeepers who
keep all kinds
of families in their
thoughts.

Before I had ever met Jeanell, she sent us a “cheer” package filled with superhero items for my then-infant son, Elliot. It was about eight years ago, and she heard that Elliot had a rare medical condition through a friend of our family who went into the store she runs with her husband Derrick, which sells lots of cute quirky clothes and kitschy stuff.

Then, on her own, Jeanell sent this package for Elliot, including shirts and little toys, with a kind note. And to get something from a stranger in that very weird time, that very weird place we were in in our lives — my 10-month-old was having brain surgery, and we were in the I.C.U. with him for several weeks — it was just one of those moments that felt so good, like there were people outside of our little bubble who were thinking of us. And that sort of gives you a little boost, it gives you a little strength. And it always stuck with me.

I got to meet Jeannell a couple years later. I live in New York, but I have family that lives near Doylestown, Pa., where her store is located. My husband and I were driving through and I thought: Oh, we’re in Doylestown. I want to stop by the store even though they’ll probably have no idea who I am.

We went in, and we had our son with us. I was like, Hi, I don’t know if you remember me, but you sent this package to my son, and it just really meant a lot to us. And she was just over the moon! She grabbed Elliot and said: “The superhero! This is amazing. Thank you so much for coming in!” It was just one of those moments that was really lovely, and sort of tied it together.

It’s always nice to have people rooting for you. Even if you don’t know them or they aren’t close by. Jeannell and Derrick made us feel like our team was bigger than only the people right around us and were a reminder that there continue to be good people in the world.

The baker
who offers delicious
cakes and a
sense of home every
time I enter.

I first met Ms. Young when she came in as a guest speaker to my “Covid-19 and the Law” class. I am a clinical law professor at Florida State University College of Law, and a mentor of mine suggested I reach out to TC Bakery.

Ms. Young’s presentation to my second- and third-year law students about the trials and tribulations of the pandemic was quite powerful. It reminded these future lawyers and decision-makers that laws and policies affect real people. Ms. Young discussed how proud she was of her bakery being in a predominantly Black neighborhood, but she noticed that customers were not coming to the area to support her and surrounding businesses. Covid has affected communities of color more than white communities, and that includes businesses owned by people of color. TC Bakery is the only bakery on the south side of Tallahassee, which is a historically Black community. If she weren’t there, the community would be missing a bakery, but it also would be missing the sense of innovation she brings.

After her presentation, I visited her bakery. I did not understand how amazing her cakes were until then. I remember opening the door and seeing the cakes, wondering what the flavors were, feeling a sense of curiosity. I could smell fresh baked goods and hear the mixer in the back. Ms. Young came out and was just like, Oh my gosh, it’s you!

It has now become a Friday afternoon ritual for me to visit TC Bakery and get my slices (yes, plural) to indulge in her tasty cakes. I deactivated my Facebook account years ago, but I regularly go onto the TC Bakery page to check what flavors she has baked up that day. Every time I go back, she remembers who I am.

The entrepreneur who
educated my
mind and tastebuds.

Even though I grew up in Phoenix, until five years ago I had never been to Mexico. I had been to Antarctica, but I had never been to Mexico. Then I started learning a lot about Mexican food and culture through Isela’s company. After connecting with Isela’s products and trying her foods, I’ve traveled to different parts of Mexico more than 10 times. I went to Mexico City to try more moles and cuisines and be more adventurous.

I first met Isela at a co-working space here in San Antonio, where we both had start-ups. I had gotten to know some of the folks who worked with her, and began to hear about her and her business. We started talking at a networking event, and her story really resonated with me. And then later I ran into her company at a fancy food show in New York City and tried some of her moles.

Since then, her moles have become my condiment of choice. I put them on everything now instead of ketchup. I tell my friends — even ones who say they don’t like mole — “you gotta try it.” Seeing is believing. And they’ve become mole lovers. Her Mexican hot chocolate is my favorite. You can make it hot, but being in Texas, having it iced is spectacular.

I’ve just been impressed with the way that she’s taken her education and her career, and applied them in her community. Isela grew up in a border town here in Texas, then went to an Ivy League school and worked in fashion in New York. She recognized a gap in the market here in the U.S. for premium Mexican products. Even with her success, she never forgot her roots.

The magazine
seller who makes
the West
Village feel like a
small town.

FROM THADDEUS
AND MARTHA ANNE ZELSKI

We’ve been going to Casa Magazines every day for 20 years at least. We’re retired now, but before that it was really every, every day. First thing in the morning. Walk the dog, grab the paper, get a cup of coffee from the deli. It’s just such a regular part of what we do.

If anyone comes to town to visit, we’ll introduce them. We bring my grandchildren in there when they come up to see us. Ali always gives them a piece of candy. He won’t let you pay for it. He gets very upset when we try to pay.

We’ll go in there sometimes having forgotten our money, and we just pay him the next day. Or if he’s busy he’ll just say, “Pay me tomorrow.” There’s so much trust. It makes a big city feel like a small town.

The West Village has lost so many small spots because of the outrageous rents. Those places where you go in to get your laundry done or your watch fixed or buy your shoes. Without Casa Magazines, the neighborhood would lose the personal touch. Both Mohammed, who owns the shop, and Ali, who works there most mornings, make this a neighborhood gathering place. Their warmth and joy are a bonus you get with your morning paper. These men make our neighborhood more personal and kind.

You can get your paper anywhere, but everyone in the neighborhood comes here. People love hanging out in the store even though there’s zero room in it. Sometimes you’ll go in there and there will be six different police officers from two different precincts just shooting the breeze with Ali. He’s like the master of ceremonies of the neighborhood. The bus drivers drop in there, particularly the guy who drives the M12 in the morning.

During the pandemic, Ali keeps a pretty stoic face. He’s happy and doesn’t get into talking about stuff like that. It’s almost like a non-event, except he’s wearing a mask. They put up police caution tape and it goes across the door, and it says “No mask? Fuhggedaboutit” — you know, the New York thing.

You walk in and you feel the movement of a community.