“Retail’s Bench Strength Is Dwindling, Here’s How To Build It Back” by Bob Phibbs via The Retail Doctor Blog

by Board Retailers Association | May 8, 2022 | HR, Resources, Retail Strategy 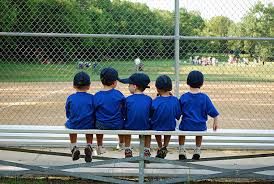 Retailers are getting shoppers back in droves. That’s great news. For the most recent period, while online retail sales fell for the third straight month, visits to stores were up. In fact, NRF’s annual forecast predicts that retail sales for 2022 will increase between 6 percent and 8 percent to between $4.86 trillion and $4.95 trillion.

The bad news is many retailers are still understaffed and bench positions of leads and assistants are going unfilled.

The high labor demand is pushing employers to pay higher wages as they compete to attract talent, and that higher pay is luring workers away from their current jobs. That in turn is leading managers to expect even more from even fewer workers.

But on my calls with retailers, I’ve found what is hidden from the news is the weakening of the support systems at the core of many retail operations; their very infrastructure.

What is infrastructure at the store level?

It is the system of leadership within a store’s four walls. It is the underlying foundation that allows a brand to exceed shoppers’ expectations. As a component of physical infrastructure is a bridge between two landmasses, so do store leads and assistant managers function as a bridge between management and floor associates.

What is infrastructure failure in retail?

Retail infrastructure failure is the interruption of the leadership systems that provide for onboarding, training, accountability, etc. It is the leadership vacuum that allows bad customer service, missed sales targets, and increased shrink.

What is the cause?

Secondary management is caught in a bind. Managers deflect operations they themselves don’t want to handle down the line. And if the assistants and shift leads were trained on what is and isn’t their responsibility and on how to lead instead of following, then instead of getting bogged down it could bolster efforts to be more engaging in-store.

During the pandemic, it was easy to move training from must-have to the bottom. Fogging a mirror became less a joke as retailers settled for anyone who could work a shift. But without a clear direction of what success looks like or how you fit into a chain of command, and with the demands of omnichannel, employee well-being and training have been curtailed.

It’s like having a Trojan horse filled with employees who are paid higher wages but are expected to figure it out on their own.

Is this something new?

Probably not, who among us wanted to be hall monitor? But being confident in any role is key. When Millennial employees were quoted in an NYT article this week titled, What Your Younger Employees Are Really Thinking it was revealed from their interviews that they want bosses who give constructive criticism, but some think their bosses fear them. “They don’t want to hurt feelings,” a 30-year-old who works in auto sales said. Added a 33-year-old office manager, “You’re not going to hurt my feelings by telling me you’d like me to go in this direction or that direction.”

But with over 11 million jobs up for grabs, this is the moment retailers need to step up and develop people who can give direction, but instead, the situation is getting worse.

One of the other hidden weaknesses in retail infrastructure is Boomers are leaving, not applying for jobs.

At the same time, some owners are wanting to pass the buck on to the next generation like the retailer in Wyoming who posted a sign in their window: “I apologize for closing AGAIN. My [two] new cashiers quit because I said their boyfriends couldn’t stand here for their entire shift. Don’t hire Gen Z’s,” the note continues. “They don’t know what work actually means.”

They added a note at the bottom, “Now hiring! Baby boomers only!”

If anything, Gen Z is one of the most hopeful and educated of generations. They don’t have to adapt to technology, they can teach it.

But the transference from one generation to the next of how retail works is left unfulfilled as the NYT article quoted one respondent saying, “A lot of individuals decided it was best to retire. We had so much history within the organization, we didn’t see a lot of turnovers, and so we didn’t realize that we didn’t have a lot of systems in place. They left with all of their knowledge. And they left the rest of us trying to figure out how to do a job without having the process and procedures in place. So for us, it’s basically a wealth of knowledge that we’re losing as an organization.”

How do you know your store’s infrastructure is failing?

What to do to develop and build your employee bench:

Gen Z wants to hear feedback. You won’t hurt their feelings. They grow up in a winners and losers world. It’s no wonder the mobile gaming market generated an estimated income of over 77 billion U.S. dollars.

There are so many pretty stores out there now. But like a swan, much of retail looks nice on the surface but underneath it’s churning and hoping no one notices.

You’ve been warned that the infrastructure is crumbling beneath you unless you shore up your bench of people who can hold others accountable and make them feel they matter.

We are pleased to mention that the Bob Phibbs the Retail Doctor (who has contributed to BRA with outstanding articles like this one and so many others that we have reposted over the past year) recently contributed to BRA monetarily and is now a Supporting Vendor Partner of BRA. We value his relevant retail insight and encourage you to learn more about his offerings by clicking on the following link to his website: www.retaildoc.com