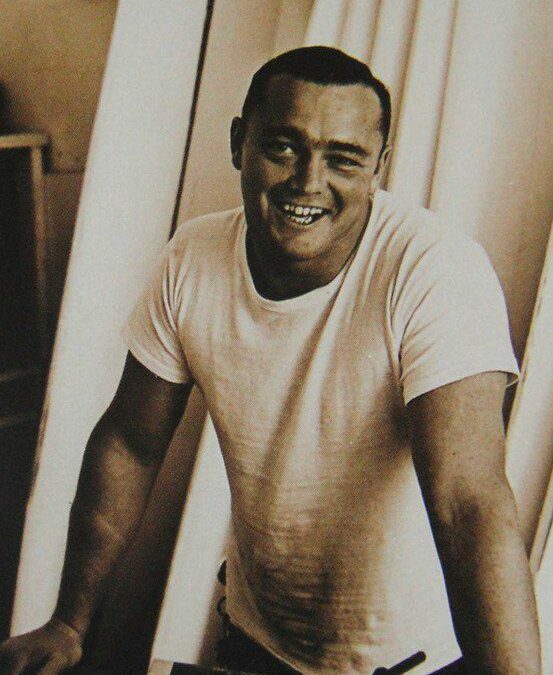 After a life very well lived, Greg Noll, big-wave pioneer, filmmaker, industry leader and inspiration to many, has passed away.

“It is with a heavy heart the Noll family announces the death of our patriarch, Greg Noll. Greg died of natural causes on Monday June 28th, at the age of 84,” reads the statement released by his son Jed Noll. “We invite all of our friends and family to celebrate his life by sharing this post and your stories, pictures and experiences through your preferred platform. Aloha.”

Born in San Diego on February 11, 1937, Greg Noll ranks among the most influential pioneers and entrepreneurs of the 1950s. At the age of three, his family fortuitously moved to Los Angeles’s South Bay. The young Noll started surfing at the age of 11, eventually becoming a member of the Manhattan Beach Surf Club where he learned board shaping from Dale Velzy. He was served as a Los Angeles County Lifeguard.

In 1954, a 17-year-old Noll moved to Hawaii. Initially posting up at Makaha, almost right away he felt at home in the big, challenging surf on the westside.

“Those early years at Makaha are among the highlights of my life,” wrote Greg Noll. “Our quonset hut looked right out at the point. Our daily routine revolved around surfing, diving and fishing. If the surf was flat, we’d fish or dive. If there were waves, we’d surf. School came second…or third. I probably averaged a few days a week, just enough to get by.”

By the winter of ’57 the attention had shifted to the North Shore, where Noll was among the first group of surfers to tempt fate at big Waimea and other outer reefs.

Also diving deep into the business of surfing, Noll also produced a series of early surf films. And back in the South Bay, in 1965 Noll opened a 20,000-square-foot Noll Surfboards factory in Hermosa Beach. Business boomed and at one point they were producing over 200 boards a week. Noll also recruited a young artist named Rick Griffin to design some of his early price lists and advertising. The business eventually closed its doors in 1971.

Noll was back at his beloved Makaha for the epic “Swell of ’69,” where he rode what was considered to be the biggest wave ever at that time. Perhaps the high-water mark of his legendary surfing career, he eventually moved to the quiet country of coastal Northern California, where he continued to shape exquisite wooden surfboards throughout the remainder of his days.

We, at Board Retailers Association, love the Surfing Heritage and Culture Center (SHACC). We absolutely appreciate Glenn Brumage and the entire staff for everything that they do to preserve the remarkable culture and history of Surfing and to promote surf shops.

BRA would like to sincerely thank Glenn (former Executive Director) and the epic staff at Surfing Heritage and Culture Center for hosting the BRA Retailer Roundtable Event in November 2019 as well as each of the Supporting Event Partners including Solite Boots, Exchange Collective, Locally, Action Watch and Sambazon. Board specialty retailers from throughout Southern California and beyond as well as board sport related manufacturers and trade organizations participated in this open forum solutions-oriented discussion about the issues and opportunities facing our industry today and in the future. – Doug Works, BRA Executive Director

If you are a board specialty retailer interested in either Regular or Distinguished BRA Retail Membership, please complete this super simple join form.