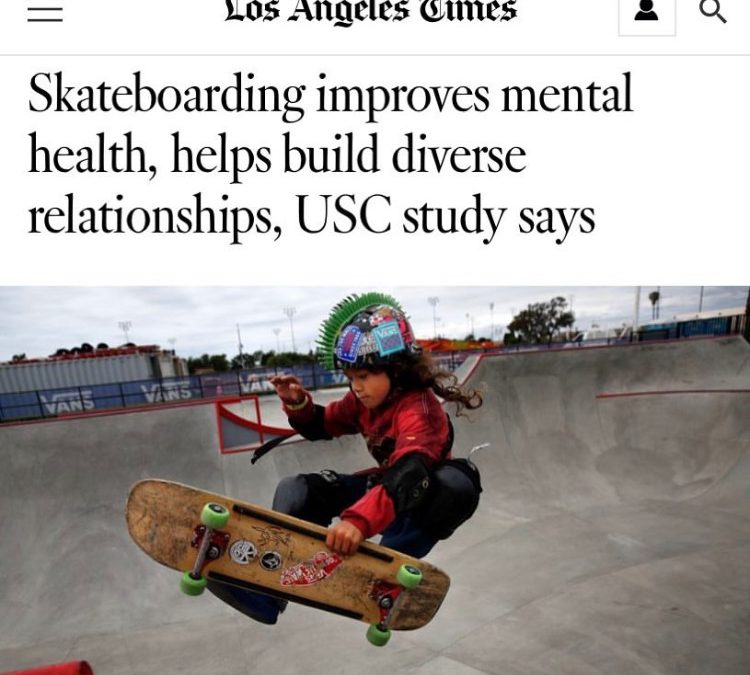 USC researchers have found multiple benefits in skateboarding, ranging from mental health to education and careers, the university announced Wednesday.

A first-of-its-kind study of skateboarding culture found the sport improves mental health, fosters community and encourages diversity and resilience, according to USC.

The study, conducted by the Pullias Center for Higher Education at USC’s Rossier School of Education and USC’s Annenberg School for Communication and Journalism, also indicated that gender and race matter in the skateboarding community.

“Until now, little attention has been directed toward truly understanding who skateboarders are, what they think or why skateboarding becomes such an integral part of their identity. We at the Tony Hawk Foundation are proud to have sponsored this work in order to highlight these young people.”

Researchers created a survey that targeted 13- to 25-year-olds and received more than 5,000 responses, including a significant number from skaters who identified as female and/or as a person of color. Interviews also were conducted with 120 skaters and skate community stakeholders in seven cities across the U.S.

The findings fly in the face of commonly held misconceptions around skateboarding culture, according to the Pullias Center’s Zoe Corwin, the study’s principal investigator.

“Skateboarders are prone to being labeled by society as rebels, social deviants or rule-breakers,” Corwin said. “Stereotyping masks an array of valuable skills obtained through skateboarding. The study aims to redefine what it means to be a skateboarder and highlight connections among skateboarding, education and career.”

Neftalie Williams, a scholar in race and skateboarding culture, served as a researcher and co-author on the project.

“Our research shows that through skateboarding, skaters develop the ability to communicate and build relationships with people from diverse backgrounds,” Williams said.

“Skaters are excellent critical thinkers and problem-solvers who view success from a more communal perspective. They bring that insight into other areas of their lives, which is valuable to any university or organization.”

Check out the actual USC Skateboarding Study via the following link: https://pullias.usc.edu/blog/groundbreaking-study-redefines-skateboarding-culture/