“SKATEBOARDING IS FASHION – NYFW, The Olympics, Pants, and ZZ Top” by Anthony Pappalardo of Artless Industria® 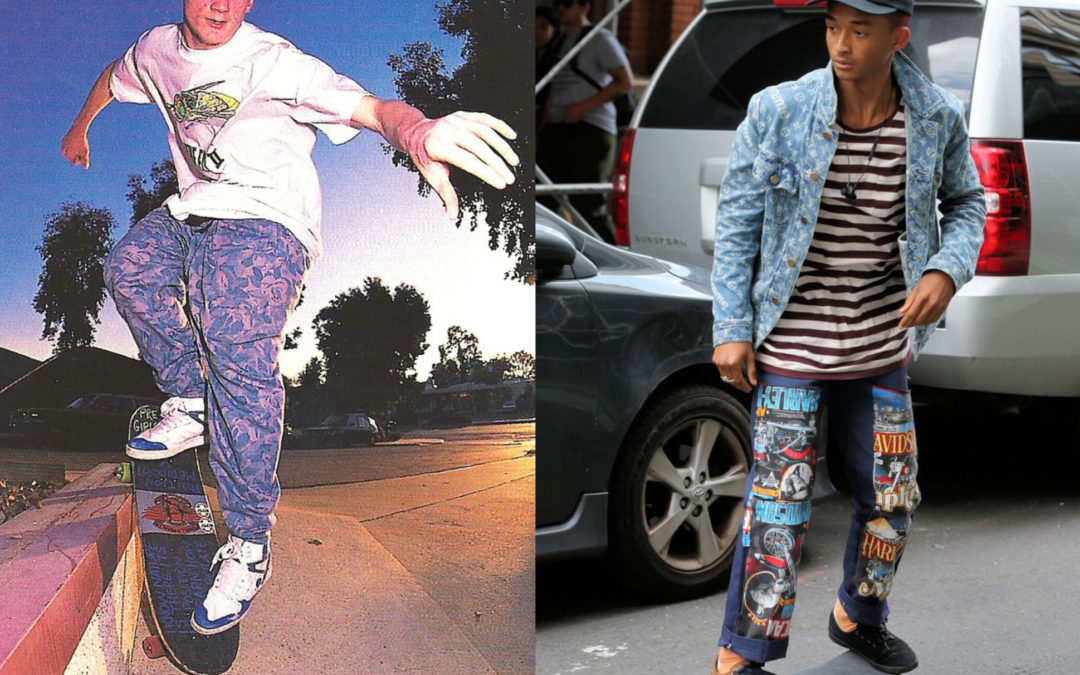 Last week, I attended a panel discussion celebrating the release of Kyle Beachy’s new title The Most Fun Thing: Dispatches from a Skateboard Life at the McNally Jackson Seaport book store in Manhattan. The panelists included Beachy, Jessica Edwards, Noah Johnson, Willy Staley, Alexis Sablone and moderator, Steve Rodriguez. Throughout the spirited discussion, two key topics emerged: The Olympics and pants. The latter has become an in-joke/trope of #SkateTwitter, spawning various threads, fit checks, and general discourse but as I left the event and walked through the Seaport I dug a bit deeper into the Olympics and Pants, talked into my phone as a form of notetaking, and now, the morning after the Met Gala, seems like the perfect time to discuss these events.

This is how my New York Fashion Week began.

The core idea of gawking at rich people and celebrities’ clothes is banal. In fact, most people who attend events during New York Fashion Week are not fashionable nor do they care about fashion. Several years ago I attended an event held in a SoHo storefront where ZZ Top performed sponsored by a whiskey brand. I noticed an older gentleman at the bar who—like most of the older people in attendance—was wearing a very ostentatious outfit. I did not care about his clothes as I was fairly sure it was James Goldstein, a businessman who attends 100 NBA games a year. Like Spike Lee, he’s a superfan but he doesn’t yell as much. I politely approached him and we talked about the Boston Celtics before I went outside to smoke a marijuana cigarette with some people in uncomfortable shoes. I may have been stoned but I’m confident ZZ Top played “Legs.” It was also uncomfortable.

Because skateboarding has no true “uniform,” the collective we of skateboarding is obsessed with clothing. After all, it’s part of our self-expression and shit. One could argue that the Olympics introduced uniforms this summer among other things but you can’t even buy said clothes as they’re all sold out and likely to change in three years. As skateboarders, we’re invested in aesthetics; what trick on what spot, the color of our t-shirts, the length of our pant legs, and sticker placement. These visual cues and elevate or devalue the actual skateboarding we consume.

For example, if Jake Johnson released a new part dressed like a “refined Juggalo,” people would have feelings about it. Fans of his would construct deep arguments as to why this new aesthetic fit his skateboarding rather than throw up because he’s so beloved.

Many dislike the clothes Nyjah Huston is paid to wear but celebrate their favorite pushers securing deals with couture brands. We love that Dylan Rieder was a bad boy model or that Lucien Clarke is getting big checks but would never revere Ben Nordberg in the same way. Why?

So what do the Olympics and Pants Discourse have to do with each other and why am I burying the lede? During The Most Fun Discussion®, there was a lot of back-and-forth about skateboarding’s debut in the Olympics and the potential harm it could cause the sport or rather, how it could devalue the perception and precious nature of skateboarding. Conversely, skateboarding garb was often fetishized during the conversation. I don’t want to graph and quantify who has more harm on skateboarding, the fashion industry, or the industrial sports complex but it’s worth mentioning that they are two sides of the same commerce coin—they both want you to buy into something with your time and dollars.

So why do we dismiss fashion as a simple transaction? Why do many resent the involvement of sports corporations in skateboarding but are willing to embrace Celine or Louis Vuitton? And why do we continually tag California as the epicenter of the skateboarding industry when the biggest stakeholders in skateboarding are based in Portland, Oregon, and New York City? You could argue that core brands are paramount to skateboarding but many aren’t located in CA and also, we exist in a time where top-shelf pros exist without a hardgoods sponsor.

Maybe it’s a simple as looking at skateboarding as a shell game with three players: 1. The Core Industry 2. The Corporations 3. DIY Culture. We’re often so focused on “our pea” that we’re ignoring two-thirds of what’s really happening.

All I can do is lay it out and remind you that for as “fashionable” as skateboarders are seen in 2021, I rewatched all of Yeah Right (2003) this AM, and I truly hope that those dungarees/chinos the many were wearing that fit your buttocks and hips snuggly but almost flow into a bootcut fit do not return in the near future.

To simplify things, skateboarding is subject to all the pitfalls of regular-ass capitalism and if we’re to problem solve for it, we have to audit its entirety… as well as ensure the sanctity of pants.

The above article was reposted with permission granted by the author Anthony Pappalardo of Artless Industria.