“STAY ON BOARD: THE LEO BAKER STORY – Takeaways From a Must-See Documentary” by Anthony Pappalardo via Artless Industria 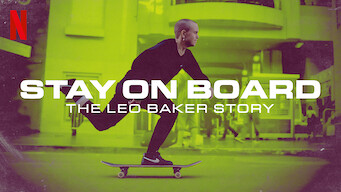 My morning ritual begins by checking my text messages, followed by pruning my inbox from companies trying to sell me things and then setting my daily agenda. Today was no different but as I checked off empty white boxes next to eComms that would soon be directed to the trash, I received a scheduled email to myself, from myself to watch Stay on Board: The Leo Baker Story which was released today on Netflix. Directed by Nicola Marsh and Giovanni Reda, Stay on Board is a powerful piece that packs an extremely complex and moving story over 1 hour and 13 minutes. If you don’t have a Netflix subscription I suggest getting a trial and ghosting or maybe finding an alternative way to view it. Today. Do it today if you have some free time.

Before I get into a few takeaways and thoughts as to why I recommend you view this doc immediately, I thought I’d post a synopsis which I cut-and-pasted from its YouTube trailer: From Netflix, Pulse Films, a division of VICE Media Group, and Flower Films comes a raw and immersive feature film that follows competitive skateboarding icon Leo Baker in the lead-up to the 2020 Olympics. As he faces the sharpening stakes and intensifying disconnect between how the world sees him and who he knows himself to be, the pressure to keep on the course or be true to himself comes to a career and a life-defining turning point. Stay on Board is Leo’s journey balancing the gendered world of sports, transition, society, and skate culture, which ultimately leads him to the most punk thing imaginable.

In 2018, I was able to interview Leo Baker for Huck Magazine. I was nervous as hell. We met at Cooper Park and spoke for over an hour on and off record. What made the biggest impact on me was Leo’s power. As I walked home I couldn’t help but feel a massive responsibility to make sure I wrote the best piece possible and also, that despite learning Leo’s story, I had so much more to learn about gender and how to communicate with people. That last bit is very important. As an old or semi-old, I realize that people—even the most seemingly liberal or well-intentioned folks—get things wrong, use the wrong terminology, or can be insensitive based on their personal experiences, but there’s often this ornery resistance to confronting and changing something as simple as language. I feel that stems from something simple: we all hate being “wrong.” It’s OK to be “wrong” and not only that, how you handle it is important as it has implications larger than ourselves. We all know folks who would rather lean into being “wrong” than learn and… yeah… it’s tedious. This leads to my first takeaway from viewing Stay on Board. I’ve said this many times in conversation and maybe in this newsletter. What we consume—from food for our bodies and food for our minds—is a very powerful and political choice. Now, there’s nothing inherently wrong with feeding ourselves junk food occasionally. We all have our cheat days, both mental and culinary and that’s cool. But if we think about the books we read, the music we listen to, the media we consume, and zoom out for a bit, it’s often so curated to our interests that we don’t even notice it.

I’ll give you an example. When I was a teenager there were few books about skateboarding or punk rock or alternative music or even the types of outsider/underground art that inspired me. If I happened upon an article in a magazine or book that was remotely close to my interests, I devoured it. Well, hey, we’re in this new world where there’s an abundance of “content” and if I wanted to only consume media or music that pertained to my interests for the rest of my life, I could probably do that and that’s fine I guess, but what do you really learn or how can you grow by narrowing the lens so tightly? I guess the easier way to say it is to look at your playlists, look at your bookshelf, look at hour viewing histories, and fuck it, look at what’s on your walls.

How diverse are those things? How closely do they mirror your identity? And do they grow your views or bolster what you already think, like, and appreciate? Regardless of your gender, sexual orientation, background, or even your view on Leo Baker, I urge you to view this documentary because ultimately, what Leo and the directors did is precious and important. We’re given a very real and raw look at someone’s story (no spoilers) and that’s not only rare in skateboarding but it’s rare in general. It’s also extremely brave, especially in a world where posting a photo—even without a line of text—can lead to hateful replies, circular conversations, and rhetoric. It’s frustrating to read as an observer, so you can imagine how damaging it is for the person putting themselves out there? But we don’t think of that too often if ever. We all create these lines of decency, where it’s OK to rip into one “celebrity” or “personality” but another is off-limits. What you choose to do, say, read or think is entirely up to you, and from the comments I get through this newsletter, I realize many people who subscribe, read, or once subscribed disagree with me. That’s fine. Many people have replied with comments I view as transphobic due to the fact that I’ve devoted two newsletters to Taylor Silverman, who recently appeared at CPAC and posed for a thumbs-up photo with Donald Trump. I won’t even get into the paradox of being a “champion of women’s rights” and being so proud to have met Mr. Trump that you need photographic evidence of the event. What I will say is that Leo Baker’s story is important on its own and also as a gateway into learning, opening up, and understanding that we all know so little about gender, and learning more and listening to trans folks is a massive opportunity and, in my opinion, a social responsibility. What conclusions you make are personal. You may watch Stay on Board and then go back to whatever it is that you do or it may spark something in you. If you’re a subscriber, a skateboarder, someone who is curious, or a human being with 1 hour and 13 minutes to spare, please watch Stay on Board: The Leo Baker Story and see where you land and where it may take you.

The above opinion article was reposted with permission granted by the author Anthony Pappalardo of Artless Industria.