“Stimulus checks in hand, consumers are ready to shop. But are retailers ready for the influx?” by Martha C. White via NBC News 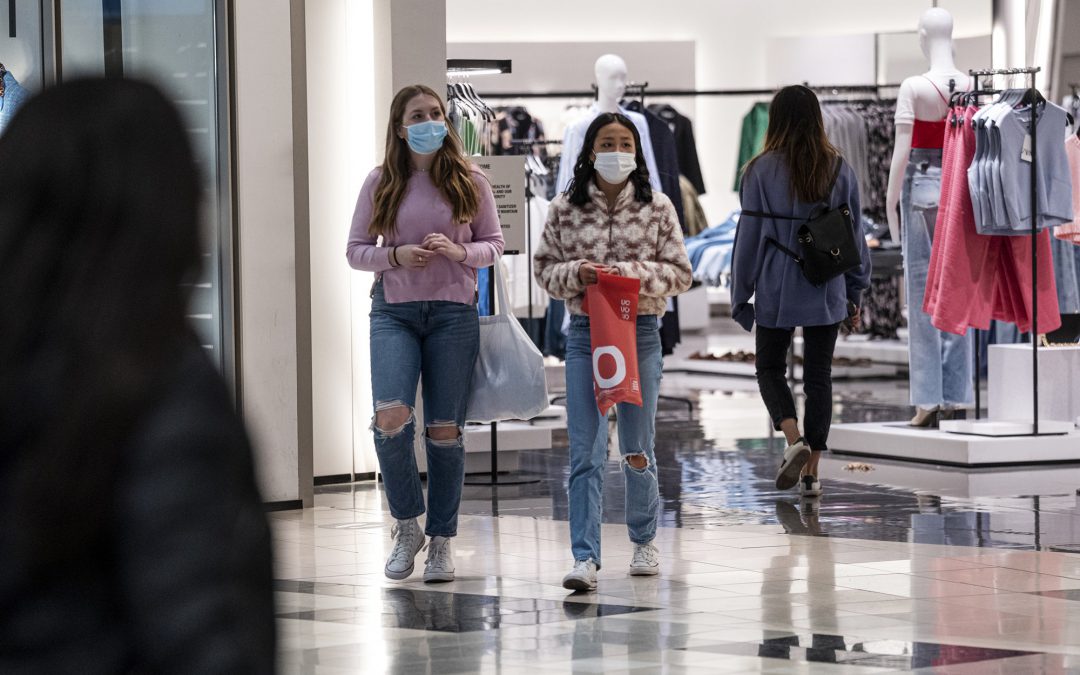 Economists and policymakers are forecasting a surge in consumer spending this year, as the Covid-19 vaccination rollout accelerates, business restrictions ease and schools reopen. But retailers are already finding that shortages and supply chain bottlenecks could imperil their ability to facilitate the spending that contributes a significant chunk of the nation’s economic activity.

Federal Reserve board members and regional Fed presidents expect that the U.S. economy will grow by 6.5 percent this year, in line with the expectations of the Organization for Economic Cooperation and Development.

A prominent retail trade group is forecasting sales will increase by as much as 8.2 percent over last year, up to $4.4 trillion of economic activity. “We remain optimistic that retail will help facilitate a surge in spending, job growth and capital investment,” National Retail Federation president and CEO Matthew Shay said in a statement.

This means retailers need to forecast what American shoppers want to buy and make sure they have the supply chains in place to supply the inventory, and the distribution networks to get those goods into buyers’ hands. It’s no small task, analysts and retail consultants say.

“Many of my retail clients are very hopeful for that boomerang in customer traffic coming back in stores,” said Sean Whitehouse, managing director at Accenture.

The challenge for retailers is trying to predict what people will buy when the world becomes unpredictable. “You’d have to throw 2020 out and use 2019 as a base,” said Rod Sides, vice chairman and US retail and distribution lead at Deloitte. For instance, he said, “Nobody could have predicted the ramp-up in spending in home decor and housewares.”

Retail analysts divide areas they expect to take off in 2021 into two categories: Goods for which demand has been deferred due to dramatically altered economic, professional and social behaviors, and those for which demand kicked into high gear at the start of the pandemic, triggering a state of near-constant shortages that has kept consumer interest high.

Habits formed around cocooning at home are here to stay.

“There’s pent-up demand around apparel and footwear and the luxury sector,” Whitehouse said. Other analysts also noted that while comfortable clothes and the “athleisure” category remains popular, shoppers are once again starting to show interest in more formal, structured clothing and shoes.

But if Americans are dressing up again, they still might be wearing that finery on the sofa. “People are still cocooning at home. Habits formed around cocooning at home are here to stay,” Yanushevsky said. In particular, she predicted that appliances, kitchen equipment and furniture would benefit from the migration out of small urban apartments and into more expansive suburban dwellings.

“Just going into furniture stores — delivery timeframes are several weeks. A lot of people have moved during the pandemic, and we’ve seen a good amount of millennials purchase homes. That’s an additional catalyst for the home furnishings and home improvement space as well,” she said.

Retailers also are optimistic about at-home leisure pursuits. “I think electronics have seen a lot of surge, with people setting up home offices and being home more. I think that’s poised to continue,” Whitehouse said.

NBC News is the news division of the American broadcast television network NBC. The division operates under NBCUniversal Television and Streaming, a division of NBCUniversal, which is, in turn, a subsidiary of Comcast.