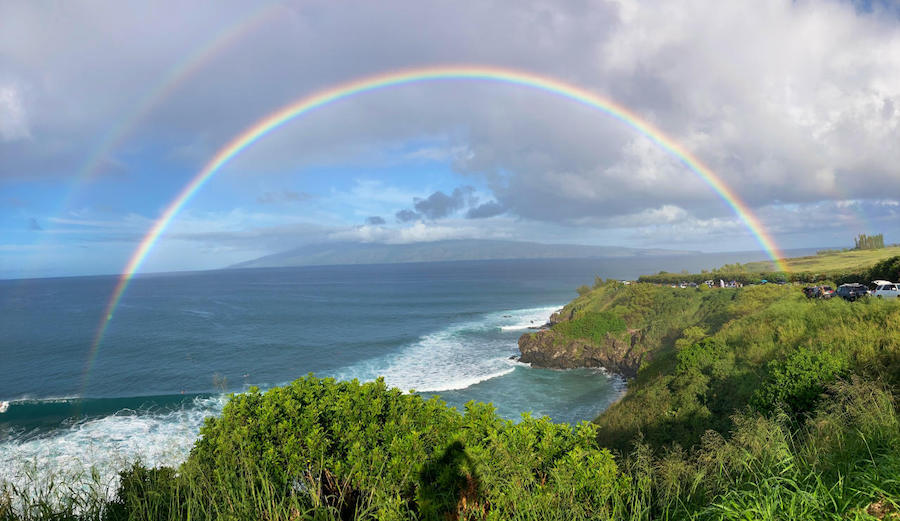 The victim was a 56-year-old Lahaina resident. Photo: Cayla Moore/WSL

Yesterday we reported that the surfer attacked by a shark Tuesday at Honolua Bay, which postponed the Maui Pro, was in stable condition in a local hospital following surgery. Since then, his condition worsened and sadly, the 56-year-old Lahaina resident died of his wounds last night according to the Maui Memorial Medical Center, which released information to local media.

“The WSL has learned that Tuesday’s victim of the shark attack at Honolua Bay has tragically passed away,” wrote World Surf League CEO Erik Logan on social media. “Our thoughts and hearts are with the victim’s family and friends as well as the entire Maui surfing community.”

The WSL also announced its decision not to run the rest of the Maui Pro at Honolua Bay this year and is currently looking at options of where to finish off the event which was on schedule to finish Tuesday before the attack.

The bite mark. Photo: Department of Land and Natural Resources

The man was reportedly paddling out from the old boat ramp when he was bitten and the water was murky due to swell and other factors, which may have led to the attack. According to experts, these shark bites (this particular shark left a 17-inch bite mark in the victim’s board) are usually exploratory as the predator is most often looking for turtles and other prey in Hawaiian waters. The attacks are rarely fatal, although a California man died after a shark attack on Maui near Kaanapali Shores resort in 2019, which is just down the Honoapiilani Highway from Honolua Bay on the island’s west side.

“I think that’s reflected in part by the fact that you don’t normally see an animal just continue to attack its victim,” Dr. Kim Holland told Hawaii’s KHON Channel 2. Holland studies sharks for a living as part of the University of Hawaii’s Institute for Marine Biology. “After the first bite it seems that they realize ‘this is not what I’m after’ and go away. Unfortunately for the victim that’s still a serious situation.”

The surfer, who’s name still has not been released, reportedly suffered a massive bite to his lower extremities and was undergoing CPR on the beach before being transported to the medical center. Yesterday, officials were hopeful that he might recover. Tragically, that wasn’t the case.