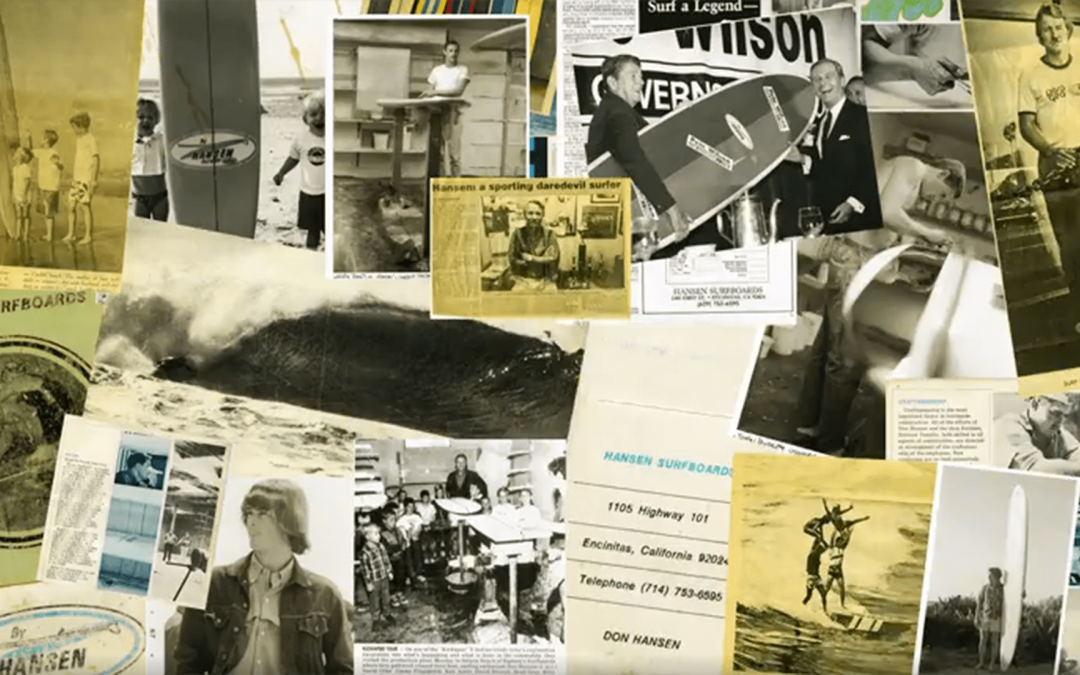 There’s always been something special about surf shops. From the amalgamated scent of wax, new wetsuits and fresh boards to the intel on which local break is currently working best, where to get the best post-surf burrito in town and so much more, surf culture resides inside surf shops-that’s what makes them special. In our series Shop Chronicles, a web series we produced over the past couple of years, SURFER was able to share the stories of iconic surf shops that reside on both the east and west coasts.

After nearly a year of surf shops having to weather the roller coaster of statewide shutdowns due to COVID, we decided to circle back around and celebrate these cultural watering holes. Keep scrolling to get a historical glimpse inside some of America’s most iconic surf shops.

None has a more storied local history than Harbour Surfboards, located in Seal Beach, California. The 60-year-old shop is rooted in the art of shaping high-quality surfboards, an ethos fostered by owner Rich Harbour, who crafted his first surfboard at the age of 16 in his parents’ garage. Since the opening of his eponymous enterprise in 1959, he and his team have created more than 32,000 boards.

Rich Harbour might be best known for his open-door policy–giving a home to some of surfing’s greatest influences. Besides putting together an all-star surf team in the ’60s–which included Jock Sutherland, Corky Carroll, Bill Fury, Herbie Fletcher, Mark Martinson, Richard Chew and countless other legends–Harbour was best known for his hands-on approach and making his surf shop a place for everyone to hang at. Dick Brewer spent his first year shaping under Harbour. Surf photographer and photo editor Larry “Flame” Moore’s first water housing was built by Harbour. Steve Pezman spent his early journalism years hanging around the shop, as did Gerry Lopez during his California travels. Needless to stay, Harbour’s generosity has left a mark on his community and continues to do so today.

This episode takes us to a Right Coast surf staple drenched in history, New Jersey’s own Heritage Surf Shops. When founder Dan Heritage read an article about how to build his own surfboard in Popular Mechanics Magazine in the early 60s, he was hooked on surfing before the board was even glassed. Heritage’s self-shaped board may have broke during its first session, but his spirit for surfing didn’t and he ended up mastering the craft and opening a surf shop. Heritage Surf Shop has remained committed to keeping the Garden State frothed on riding waves for over 50 years, hit play to watch their story.

Is Proof Lab The Most Interesting Surf Shop In the World?

This episode transports you north of the Golden Gate Bridge to Proof Lab, a sprawling shop in redwood-lined Mill Valley, California. The founders of Proof Lab, Will Hutchinson and Nate McCarthy, set out to build more than just a place to pick up the surf equipment needed to survive along the wild Northern California coast—they wanted to create a community hub. The shop boasts everything from a massive indoor skate bowl, to music classes, a pottery studio, plant nursery, even a biodiesel fuel station. It’s a destination shop for surfers throughout Northern California and a cherished part of the Mill Valley community. A dream surf shop, unlike most any surf shop you’ve ever seen.

In the 1950’s, when most surfboards were still made out of heavy balsa wood, Hobie Alter and Gordon Clark teamed up to experiment with new shaping materials in Alter’s Dana Point store. “Hobie was making the most surfboards at that time,” recalls Kris Carlow, Hobie’s Brand Manager. “But in ’58, along with Grubbie [Gordon] Clark, they decided to halt surfboard production and just R&D foam. For a full year, Hobie didn’t make surfboards.” And we all know what happened next. The polyurethane blanks Alter and Clark produced left balsa in the dust, became the industry standard and changed both surfboard performance and surfboard manufacturing forever. They weren’t the first to produce a foam blank, but they did perfect their production and ushered in a new era of surfboards. As impressive as that fact is, it’s only just the beginning of Hobie Surf Shops storied history in Dana Point and beyond. Click play above to learn more about one of the most iconic shops and recognizable brands in surfing history.

How One Surf Shop Brought Surfing Culture to Unexpected Places

Val Surf first opened in 1962 in an unexpected place: the San Fernando Valley. Founder Bill Richards got the idea to open an inland surf shop from shuttling his then-teenage son Mark from their home in North Hollywood to Malibu’s classic peelers. Mark couldn’t be the only inland surfer, of course, and Bill seized the opportunity to open a surf shop far from the beach. Fast forward to present and Val Surf boasts five locations throughout the Los Angeles area and continues bringing the stoke well beyond the coast.

Hansen Surfboards in Encinitas, California, was founded by Don Hansen. When visiting surfers screened a surf flick at his college in South Dakota in the late ’50s, the mid-west native became hooked on surfing before ever even riding a wave. The film made an impression on Hansen and shortly after seeing it, he hitchhiked to California where he built his life around surfing. Hansen then learned to shape from legendary surfboard builders of the ’60s and eventually opened his iconic surf shop across from Swami’s in the ’70s. These accolades barely scratch the surface, so learn more in the film above.