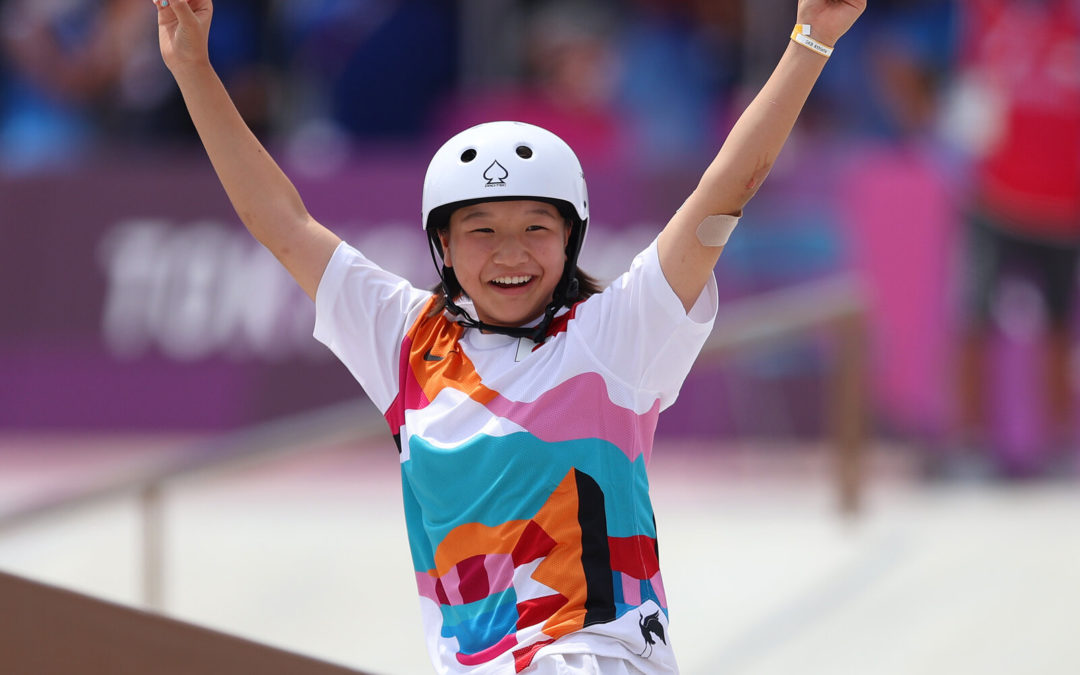 When she finished, she became Japan’s youngest-ever gold medal winner and one of the youngest Olympic champions of all time. Nishiya shared the podium with two other teenagers.

It “could very well be the youngest Olympic podium ever,” the official Olympics news outlet says.

Nishiya’s win also sealed Japan’s domination of the street competition. It debuted at these Summer Olympics and organizers hope it infuses the global sports event with youthful energy. In fact, half of the women in the eight-skateboarder final were 16 or younger.

The sport is one of several new games at the Olympics this year including surfing, three on three basketball and rock climbing.

NPR is an independent, nonprofit media organization that was founded on a mission to create a more informed public. Every day, NPR connects with millions of Americans on the air, online, and in person to explore the news, ideas, and what it means to be human. Through its network of member stations, NPR makes local stories national, national stories local, and global stories personal.