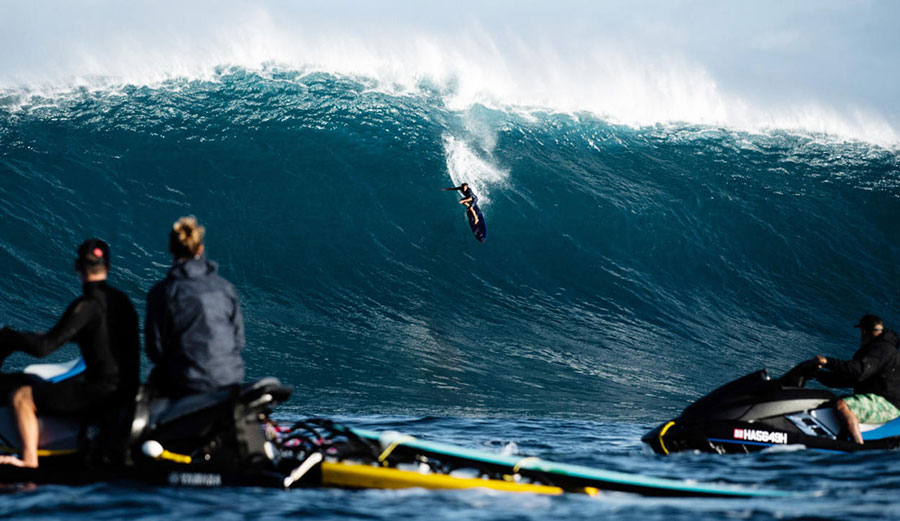 On November 15, the World Surf League’s Big Wave season window officially opened. Two of the most exciting events in all of surfing are on standby for the next few months: the Quiksilver Jaws Big Wave Challenge and the Nazaré Tow Surfing Challenge presented by Jogos Santa Casa. The window closes on March 31, 2022.

There has never been a time in the big-wave world more exciting than now. Limits have been pushed to the brink over the last few years, seemingly to the absolute edge of what’s possible. Both towing and paddling are at levels never before seen, and this season promises to be a good one.

Both Jaws and Nazaré can hold swells big enough for the events to get the green light. “During the window,” Ben Collins wrote for the WSL, “the World Surf League’s Tours and Competitions office will closely monitor conditions for the two venues, and once the stars align a call will be made to run each event, bringing some of the world’s best surfers together for what is set to be another season of stand-out performances.”

You likely remember the last time events ran at both Jaws and Nazaré. Kai Lenny, for example, did things on enormous waves that we hadn’t even considered to be possible.

While Nazaré at size is generally a tow-wave, Jaws is the place where the limits of big-wave surfing are being pushed the hardest. It hasn’t been all that long, though, since Jaws was basically a tow-only wave.

“This new generation of big-wave paddle performance comes after Maui’s ‘Strapped Crew’ – Laird Hamilton, Dave Kalama, Brett Lickle, Mike Waltze, Pete Cabrinha and Rush Randle – were the first to surf Jaws in the early nineties,” Collins continued. “It was exclusively a tow wave until around 2011, when surfers such as Greg Long, Mark Healey, Nathan Fletcher and Sion Milosky, and especially Shane Dorian, pushed the boundaries of what was possible when it came to chasing these monster waves down under your own steam.”

Keep an eye on the status of the events on WorldSurfLeague.com.