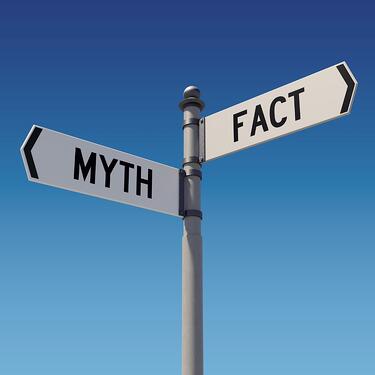 Much is being written about people quitting and the Great Resignation. People quit all the time and oftentimes find the grass isn’t always greener.

But the jobs problem in retail isn’t what others are telling you.

I was in Manhattan last week shopping and enjoying a trip to Gabriel’s, the high-end bistro on Central Park South.

As I was walking back to the hotel, I decided to check out Abercrombie’s reinvention. After all, I’d just read that Carey Krug, SVP of marketing Abercrombie says, “TikTok is bananas for us right now. The new customers that we are reaching — it’s far exceeding our benchmarks. It’s far exceeding TikTok’s benchmarks.”

I walked into the store with a friend. Two young women were to my right, leaning on a banister. They obviously worked there. We went toward the other side of the store.

There was a long-sleeved graphic t-shirt that was interesting. I thumbed through the neatly stacked merch but couldn’t find a large. My friend interrupted one of the young women who came over to look – in the same pile I had. She confirmed they did not have a large and she’d have to look in the back.

Meanwhile, I’d just looked at the table to the left where there were piles of the same shirt on a lower shelf. I found the right size and handed it to my friend. The sales clerk seemed surprised.

She went back to the banister and we went to be rung up in the back where two other employees were talking and laughing. After a few moments, my friend asked, “Is this where you pay?” The one guy stopped talking, I think he was the manager, ran behind the register and tried to get my friend to sign up for their points or credit card or something to get $10 off.

The whole experience was as if we had been alone in the store with AI robots doing the minimum.

The energy the store would have had from engaged employees was missing – if anything, their casualness of not engaging took energy from the store.

In software, they have a term – MVP – which stands for a minimum viable product. It is where a new product is introduced in the market with basic features to see how the market reacts. Think Apple OS 15. They get it out as quickly as they can knowing they will come back with OS 15.1 that could fix or add-on things missed in the original launch.

The people problem in retail

In retail right now, we seem to have the MVP  or minimum value person. It is when an associate does the minimum viable engagement. They are trained on a few basics- they ask/you get, they pay/you offer loyalty.

And the Great Resignation makes it all so much worse.

How is it retailers as a whole have so many holes in the schedule while some stores have plenty of people – but associates show no training, hustle, or drive?

The hubris of considering associates replaceable cogs has to end.

And how does that affect those brands’ ability to become employers of choice?

A recent article in Inc. on why workers were really quitting, stated that the reason so many people are quitting has everything to do with their relationship with their bosses. A Udemy study found that nearly half of employees surveyed had quit because of a bad manager, and almost two-thirds believed their manager lacked proper managerial training.

Five people working in a store where they are only talking to each other is a direct correlation to the training they have had but more importantly, the training their managers haven’t had.

Unless people are trained in the basics of leadership – setting direction, checking in regularly, observing, correcting, rewarding, and holding people accountable, situations like I experienced occur throughout the retail world.

These are skills the average person has not developed and why they won’t unless you provide the means for them.

I recently had a request for training for managers. The prospective client said, “I have managers who feel bad correcting people and so they don’t do it.”

That’s the crux of the matter, isn’t it?

When the people most charged with holding people accountable either can’t or won’t do that, the whole system fails.

And let’s face it, the more associates or managers text, the less they innately look to engage with strangers.

Doubt me? Try to catch someone’s face at your local coffeehouse.

It leads to thinking many people are shy.

But really it seems they aren’t as shy as much as they might experience anxiety about interacting with others. They might be afraid of being judged negatively in some way, due to poor experiences in the past or even being bullied on social media.

The thing is, oftentimes at the register, after the sale is made, they enjoy conversation and with the pressure of “having to sell something” off their shoulders, they feel they can relax.

But that isn’t the job.

What is a retail associate’s job in a store?

A retail associate’s job is to meet the customer in the aisles because that is where the connections are made.

That’s where the spark of conversation that leads to a first date occurs.

Where the encounter with an actor they didn’t expect occurs.

Where they find someone who shares the same interest.

Where time stops and energy is released.

And yes, where the big sales occur – by selling.

I’ll bet many of you reading this got a tinge of anxiety just from reading the word selling.

The truth about selling

And yet, nothing you are wearing, sitting on, touching, or viewing happened without someone somewhere selling it.

It’s time we made friends with selling and make friends by selling your merchandise.

That’s because, unless you’re Apple, 70% of what you stock is carried by many of your competitors – both online and off.

All you have is the ability to convince and convert those lookers who come to your store into buyers.

Unless of course, you want to be a showroom for the brands you carry so your shoppers can return to their site and give that brand their money and not you, you have to move past the MVP associate.

But maybe you’re living in a different reality. One where you believe customers who supported you this past year will do so next year…

Where your increases this year of 20, 30, and even 40% will continue unabated.

A different world where customers no longer need to be sold anything, they just buy.

Only water sells itself.

And unless enough sales are made, you do not have a business, you have a tax deduction.

But the reality is things are changing…

Did you hear last week that Facebook has now become Menta? Do you think they’re going to compete with retail? Yeah. They want to eat retail.

If you want to play to win instead of losing…

Here’s what your retail operation needs to do:

Here’s what your store needs to do:

Here’s what your people need to do:

There are things you can do now where literally your success and your competitor’s success are going to be measured in days and weeks.

It’s not going to be measured in months and years.

And the time the act is now.

Sears thought they could do no wrong

Back in 1969, they were the world’s largest retailer. In the mid-eighties, they purchased Dean Witter, Coldwell Banker, and created the Discover Card. 1990 the relative upstart Walmart both sold about $32 billion. As the Economist writes: “Sears was not alone in occupying the uncomfortable ground between discounters whose prices it could not match and high-end retailers whose stores and products outshone its own.”

JC Penney thought they had time

Back in 2006, they sold about $20 billion. They moved from priding themselves on employee training and private labels to Ron Johnson’s disastrous unproven strategy of everyday low prices with new brands and formats launched with a lot of PR but little value. Confused loyal customers fled the scene never to return.

What caused Circuit City to fail?

Back in the ’90s, they sold about $12 billion; a one-stop spot for appliances and electronics. As sales rose the fundamentals of location were thrown aside to expand into more dicey locations. Their new CEO didn’t want to be in the appliance business and discontinued that department which made up 30% of sales. To save money, they literally fired their best salespeople and replaced them with cheaper untrained hourly employees.

Why did Radio Shack close stores?

In the 80’s they were the 100-year-old company had one of the first affordable home computers. They kept their innovative cellphones however locked up in case to sell only if someone asked for it who had very deep pockets. By the mid-2000’s they moved cellphones to the front but by then the cell providers were opening their own stores. All their training went to techniques in order to qualify customers for a new cell phone activation.

Here’s what they were thinking:

Here’s what they were doing:

Here’s what they were not doing:

If you’d like help with that, you should check out my online retail sales training platform SalesRX.com

We are pleased to mention that the Bob Phibbs the Retail Doctor (who has contributed to BRA with outstanding articles like this one and so many others that we have reposted over the past year) recently contributed to BRA monetarily and is now a Supporting Vendor Partner of BRA. We value his relevant retail insight and encourage you to learn more about his offerings by clicking on the following link to his website: www.retaildoc.com