“The Killer of a Skateboarding Legend Went Unnamed for Years. Could Deaths Have Been Prevented?” by David Sjostedt via The San Francisco Standard 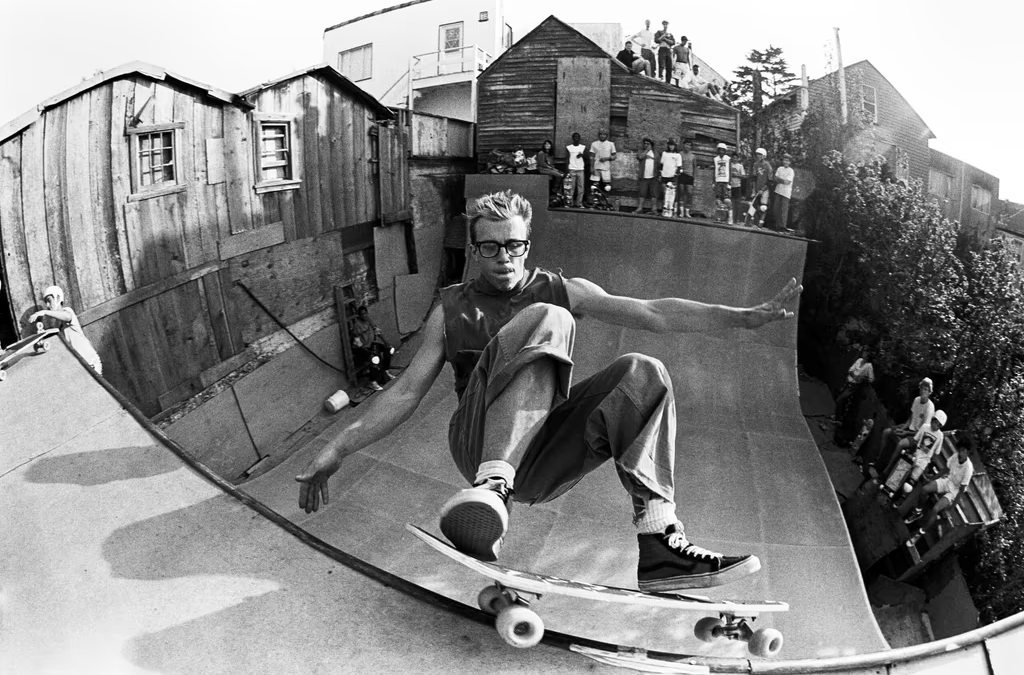 When it was reported that San Francisco skateboarding legend Jake Phelps died peacefully in his Bayview home on March 19, 2019, the legions of global fans familiar with the brash counterculture icon knew there had to be more to the story.

Phelps, who would rather crack his head on the concrete than walk away from a skateboard trick he couldn’t land, wasn’t known for being peaceful.

Found with the neck of a guitar still resting in his hand and traces of fentanyl in his bloodstream, it was hardly the first time that Phelps’ family and friends felt the need to cover up his addiction. And over three years later, the official cause of death for the 56-year-old Thrasher Magazine editor-in-chief remained unpublished until now: acute fentanyl intoxication.

His death is part of a troubling trend that finds renowned skateboarders dying from fentanyl overdoses without public acknowledgment of how they really died.

Some now wonder whether the secrecy shrouding these deaths is preventing lives from being saved, given pervasive drug use in the skateboarding community.

Phelps’ overdose occurred as the number of American fentanyl deaths exploded, with such fatalities increasing 1,000% from 2016 to the time Phelps died, marking a national toll of more than 18,000.

In San Francisco, the city’s annual overdose deaths doubled in the years since Phelps’ passing. Among over 2,000 lives lost to drug overdoses in San Francisco since 2019, there were at least two other prodigious skaters, Mark Dillard and David Abair, whose names and faces are emblazoned in artwork across the city.

The use of drugs in the skate community combined with the deadliness of fentanyl makes it likely that there are other skaters among those thousands of names.

“It’s like they tried to hide the truth,” said Marcos Castro, a friend of Dillard and Phelps. “Nobody cared how they died.”

Surviving a rough upbringing in the Portrero Hill neighborhood, Dillard—or Nosey, as his friends called him because he was always asking questions—died in his Mission District apartment just as his life was taking a turn for the better, Castro said.

By the time he was 22 years old, big skate brands were sending Nosey free gear, and he was touting a sponsorship from the brand Blood Wizard. But with his local popularity came an inherent danger.

On Sept. 18, 2020, before leaving his apartment to meet friends at a bar, Nosey fatally overdosed while using cocaine that he didn’t know was laced with fentanyl. His friends and family didn’t find his body for several days.

“We’re in San Francisco, where everything is available and the city swallows people up,” Castro said. “I was telling him, your life will be gone so [a drug dealer] can have a couple bucks.”

Abair also ingested cocaine that was laced with fentanyl. His family declined to be interviewed to avoid revisiting his death.

Even within the tight-knit San Francisco skating community, the cause of the skaters’ deaths has gone largely unmentioned.

The cruel double-edged sword of the sport’s unwritten doctrine, which preaches ruthless individuality, is that it sometimes discourages its members from influencing one another’s behavior or caring about what other people think.

“They don’t hold people accountable. Nobody’s going to tell you, ‘Oh no, don’t do that,” Castro said.

Tony Vitello, owner of Thrasher Magazine and a lifelong friend of Phelps, said that skaters are unusually disposed to using drugs because of the culture’s marriage with partying, the likelihood of injury and the ubiquity of open-air drug markets in San Francisco, where many world-famous skate spots are located.

“It’s a naturally dangerous lifestyle, and you do it in the streets,” Vitello said.

The spread of overdose deaths comes as illegal drugs are increasingly cut with fentanyl, which at $3 per pill costs about one-tenth the price of a dose of heroin or cocaine.

Jeff Grosso, another famous skater in Los Angeles, died of a fentanyl overdose in 2020, and many more lower-profile skaters have died in the community of dedicated skateboarders.

Alexander Tsai, a researcher at Harvard University who published a study about how stigma is hindering society’s response to the overdose crisis, said that families withholding this information are likely anticipating the shame that could be placed upon people associated with the victim of an overdose.

Tsai noted that shame and secrecy also enabled the surge in cases of AIDS and crack addiction during the 1980s and 1990s. Both of those affiliations were subjects of shame, which resulted in secrecy surrounding victims’ cause of death, thereby ensuring that the suffering flourished. Today, secrecy surrounding fentanyl is having a similar effect.

“Were these overdoses not stigmatized, you can imagine family members talking to their friends about what happened,” Tsai said, “and other people who are on the same precipice might benefit.”

While many of his friends either quit the sport or stopped pushing themselves due to injuries, Phelps kept going.

He couldn’t walk away from a trick, no matter how many times he fell. And though he was hobbled by broken bones and concussions, friends say that he was more tormented by his inability to skate the way he used to.

Phelps was the top editor of Thrasher Magazine for 26 years, but he was unsure about how to write the rest of his own story, Vitello said.

“He needed skateboarding. It was his fucking lifeblood, and he just kept doing it when he was hurt,” Vitello said.

He would never jump off his board to escape injury; he would rather be badly hurt than give up.

Marie Phelps, Jake’s sister, said that she noticed a shift in Phelps’ behavior after he had surgery on a repeatedly injured elbow a few years before he died.

A gruesome video from 2010 shows Phelps filling his elbow with a synthetic fluid to treat a popped bursa—a fluid-filled sac that protects the elbow bone from impact.

“I’m going to show you what it takes to keep skating for a long time,” Phelps said in the video, unwrapping his bandaged arm to reveal a two-inch deep hole in his elbow. “This is just another monster.”

Following the surgery, Marie remembers receiving phone calls from the pharmacy, notifying her that Jake was attempting to refill his pain pill prescription before he was due.

“He had so many close calls. I think he thought he was invincible,” Marie said.

Still, she was surprised when her brother died and recalls seeing him in good spirits and clean from alcohol only a week earlier.

Until a September phone interview with The Standard, Phelps’ uncle Clark Phelps said he thought that Jake had died from a bad heart or a stroke.

“He was in a lot of pain, and I assumed he took pain pills, but I didn’t know,” Clark said. “He was discreet about everything, and he didn’t have anything to hide ’cause I didn’t judge.”

Unlike Abair and Dillard, Phelps died with only fentanyl in his system.

Once Phelps was gone, Marie said that her parents’ deteriorating health initially swayed her to keep her brother’s cause of death secret. But having gone through recovery herself, she expressed hope that his story could now have a positive impact on the skate community.

Vitello also struggled with the decision to withhold Phelps’ cause of death, admitting that he still carries guilt for covering for Phelps while he was alive.

“He couldn’t really form a sentence. He was slurring his words and drooling,” Vitello said. “I can’t totally dodge the idea that I had somebody working for me that was a danger not only to himself, but to other people.”

Phelps long prided himself on being the smartest person in the room, a title that Vitello said his addiction stripped from him. He said that the stigma and shame for Phelps didn’t come from the pressures of society, but rather what his drug use turned him into.

“I felt bad for Jake because I knew that wasn’t a fair representation of the brilliant person that he was,” Vitello said. “It just wasn’t him. It wasn’t what he wanted to put forth. But he couldn’t stop.”

David Sjostedt can be reached at david@sfstandard.com

The San Francisco Standard is a news organization serving everyone with a stake in the future of San Francisco. They aim to build the city’s most trusted, authoritative and contemporary source of news and information, meeting you where you are to help you “Know Your City.”

They are an independent, for-profit company, with initial funding provided by Michael Moritz, a partner at Sequoia Capital. They believe great local journalism is crucial to helping cities work better. They’re newsroom operates with full autonomy and their Editor in Chief retains authority over all editorial decision-making. They’re committed to the highest ethical standards.

Here is a link to a relevant and helpful article written by Anthony Pappalardo of Artless Industria on this same subject, which was sparked by the article above: “Lets talk about quiet partying”