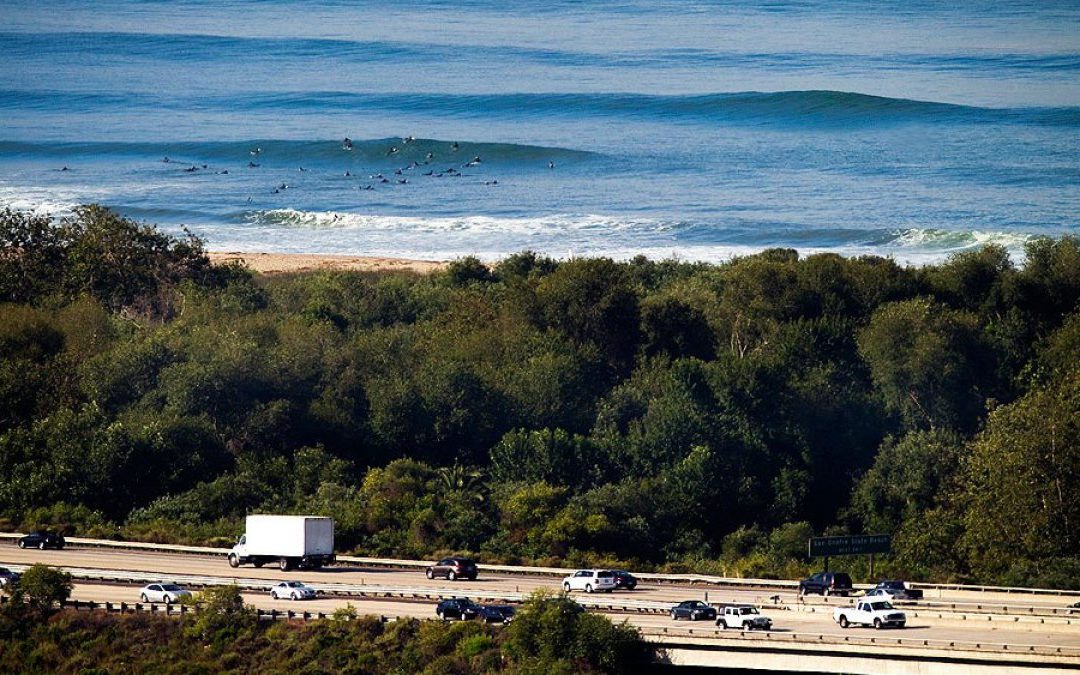 A near two-decades-long battle to permanently protect San Onofre State Beach from road development came to an end on Friday night when California Governor Gavin Newsom signed Assembly Bill 1426, prohibiting the development of any roadway(s) that might impact or encroach upon the state beach.

Behind this bill are countless efforts by the Surfrider Foundation and the Save San Onofre Coalition (SSOC), including everything from packing the house at public hearings, organizing paddle-outs and other surf events, and lobbying legislators.

Apart from harboring some of Southern California’s most hallowed surfing grounds, San Onofre State Beach, established by then-Governor Ronald Raegan in 1971, is home to San Matteo Creek watershed, the last remaining ‘undeveloped’ one in Southern California. As such, it’s among the last vestigial habitats for 11 endangered and threatened species. It also happens to be the site of over 2 million annual human visitors (and over 6 million dollars in state revenue), and roads, of course, are required to get the majority of us there.

But in 2005, after plans were rolled out for a six-lane toll road off Interstate 5 that would have cut right through the state park (and also through a sacred site of the Acjachemen people), The SSOC, of which Surfrider Foundation is a part (along with Audubon California, The Sierra Club, and 9 other environmental organizations), quickly banded together.

Over 1,000 activists showed up to a Parks and Recreation Committee hearing in protest soon thereafter, and over the course of the ensuing 15-odd years, the opposition continued to mount. In 2008, the coalition organized the largest public turnout in Coastal Commission history, where, according to Surfrider Foundation, over 3,500 people attended, resulting in a unanimous rejection.

Still, toll road developers pressed on, and in 2017 two lawsuits were filed to overturn what park protections were in place.

Finally, as of Friday night, the Surfrider Foundation and the rest of the SSOC can claim definitive victory for San Onofre.

“AB 1426 shores up protections we have fought so hard for, codifies the judicial decree that currently protects San Onofre State Beach, the Donna O’Neill Land Conservancy, and the San Mateo Watershed, and validates nearly 20 years of grassroots advocacy,” the Surfrider Foundation said in the press release. “This legislation, and previous lawsuit settlements, is the culmination of years of hard work to Save Trestles and brings an end to one of the hardest fought, longest-lasting environmental battles in California’s history. This victory would have not been possible without the thousands of passionate and motivated advocates who stood our ground to forever save Trestles.”