Are the days of overcrowded Vail-owned ski resorts a thing of the past? Will the infamous “Epic Lift Lines” Instagram account have to be discontinued due to a lack of content? Vail Resorts came under a lot of fire last season due to, well, a number of things. In short, they were accused of low pay for employees, leading to labor shortages which significantly impacted the guest experience. Add to that a healthy dose of Epic Pass crowds, and you’ve got the makings of a problem.

In response to the criticism, Vail announced a number of changes at the end of last season, not the least of which was a $20-per-hour minimum wage for employees at its resorts. And just yesterday, Vail took things a step further, announcing a cap on daily ticket sales across all 37 of its North American ski areas. The cap will be in effect the entire 2022-2023 season.

However, the cap only applies to the sale of walk-up day tickets and online ticket sales. Season pass holders (including the Epic Pass), employees, and those taking lessons will not be impacted. Last season saw 23 days of limited day-passes during peak holiday periods, and this season they don’t necessarily expect to sell out often. “This is a lever that will let us manage the experience on the most popular days without having to change the experience for our pass holders,” said Vail Resorts spokeswoman Lindsay Hogan. 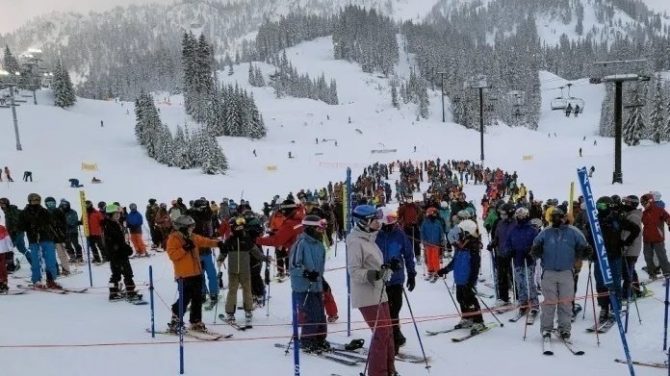 One thing Vail Resorts reportedly isn’t changing is its policies on season passes. Last year Vail slashed Epic Pass prices by 20 percent before the start of the season, resulting in a record 2.1 million passes sold. The same discount will apply this season, likely resulting in a similar number of Epic Pass holders. They’re also pushing the sale of Epic Day Passes for those who expect to visit but are unsure when exactly their visit will take place.

“If lift tickets are sold out on your desired day, secure your lift access with an Epic Day Pass and save up to 65 percent off lift tickets depending on the level of resort access you chose to purchase,” reads Vail.com. “Epic Day Pass can be purchased at EpicPass.com until passes go off sale for the season.” Furthermore, pass-holder benefit tickets such as “Buddy” or “Ski with a Friend” tickets will not be restricted by the cap on daily ticket sales.

The news fortuitously comes right before pass prices go up on September 5. Will the new day-ticket restrictions help ease overcrowding, or will it just push more skiers and riders to buy Epic passes, resulting in even more crowds? We’ll see.