“What Happened to Authentic Streetwear?” by Mikelya Fournier via The Robin Report 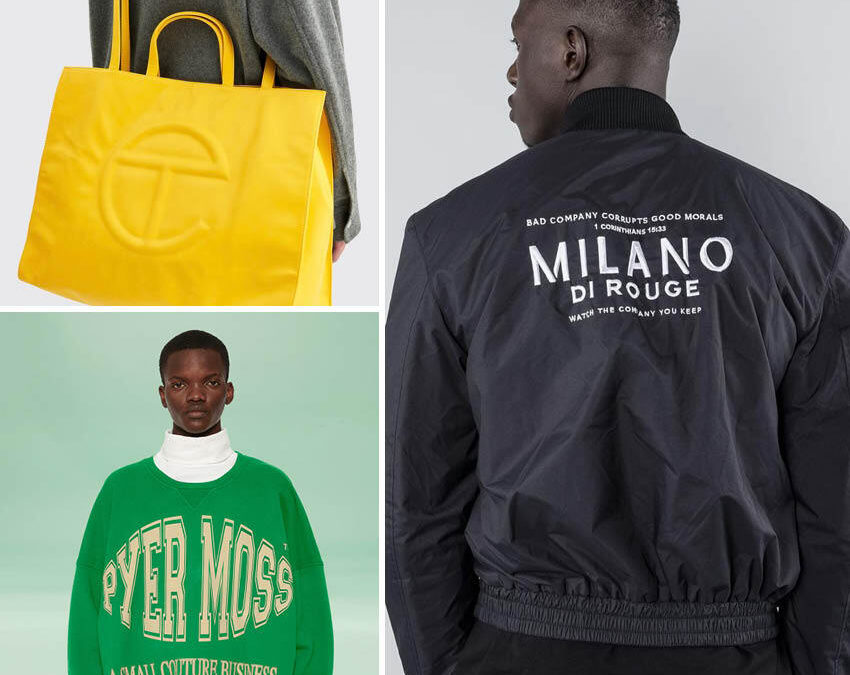 Everywhere you look, you see the same jogger outfits with predictable brand logos on display for the world to see. If you stop and ask the wearer about it, they’ll harp on the fact that they waited for hours in a digital waiting room just to have their chance to purchase it for the insane price of $250. What makes this even more bizarre is that the same jogger set will be available in a few more weeks in a different color.

Consumers are being snowed into believing streetwear is only about exclusivity. They’ve become accustomed to buying into variety rather than voice and vision. I never thought I’d see the day where streetwear was no longer for the streets. The market is now flooded with overpriced branded “merch” disguised behind streetwear’s business model.

Or we see luxury collabs that exclude the communities whose DNAs were embedded into the original soul of streetwear. The creative expression that drove society-altering messages within streetwear is slowly dying out.

Does Fashion Even Understand Streetwear?

Streetwear began as a safe haven for underrepresented communities who didn’t have access to mainstream fashion. Although we give much due credit to trailblazers such as James Jebbie of Supreme and Shawn Stussey of Stüssy for giving streetwear the steam it needed to evolve, we have to remember that streetwear culture reaches back beyond the early 90s.

During the birth of hip hop in the late 70s and early 80s, rappers were gaining traction and their lifestyles became the focal point of their fans. Despite having a rapidly growing community, mainstream brands were apprehensive to work with rappers because they were seen as “too taboo.”

But it was its untouchableness that created the initial, unbreakable bond between hip hop and fashion. Daniel Day, more commonly known as Dapper Dan, was one of the first designers to create clothing specifically for the hip hop community when other brands refused.

The gross racial discrimination in fashion eventually led to the rise of Black-owned streetwear brands like FUBU whose moniker literally means “for us, by us.” Although we see much progress happening like Tremaine Emory being appointed as the new creative director at Supreme, streetwear has always been and will always be rooted in culture and politics. No matter what.

Today we see ebbs and flows of messaging that’s being overshadowed by the money-hungry fast-fashion market. Fast-fashion streetwear brands are popping up all over the place with one objective—to debut with a standout message and capitalize on it as quickly as possible.

Unfortunately, these messages are never given time to gain traction, and many have questionable authenticity. Before you know it, there’s another drop lurking around the corner waiting to cash in on the “sold out in minutes” hype.

But brands can’t harbor all the blame. Hypebeast culture has pushed the resale model. This is where highly coveted items are bought at the original market price and resold on sites like StockX for significantly higher prices.

What makes this an anti-streetwear model is that it completely ignores the original community and message. Community and message propel the movements that enrich the culture. Without them, streetwear becomes just another commodity to be bought, sold, and thrown out into your nearest thrift store.

I do understand the other side of the coin though. It’s hard to keep consumers engaged and excited. Brands feel the need to compete with fast-fashion brands like Shein who boasts about having 1000+ new items daily.

But that’s the beauty of streetwear. There’s no need to compete. Streetwear brands have free reign to set their own rules, say what they want, and garner the attention of consumers who are just as passionate about what they believe in. That’s an artform that should never fade away.

Streetwear Brands That Get It

Over the years, streetwear has evolved and crossed over into luxury markets, with impressive success. Even though I’m passionate about saving the original spirit of streetwear culture, I’m not opposed to keeping the doors open to fresh ideas and collaborations with mainstream brands.

As the market continues to expand, here are some of the best streetwear brands that are breaking barriers in the fashion industry while staying grounded in the true essence of streetwear.

When I decided to buy my first Telfar bag, I can boldly admit that I fell victim to the hype and bought their Large Shopping Bag on a whim. It wasn’t until after I received my bag that I began researching…and I had no clue what I’d gotten myself into. But I was in love.

Their messaging, “Not for you—for everyone,” immediately captures your attention. Founder Telfar Clemens has championed the idea of inclusivity and making fashion more accessible while remaining sustainable. That’s quite a movement to be rooted in as it sounds like an oxymoron. But the brand executes it flawlessly.

Every bag is crafted from vegan leather and created in limited quantities. To curb resale culture, Telfar has a Bag Security program that opens twice a year. This allows consumers to custom order their bag if they miss out on a drop. The majority of their community has even supported his effort by refusing to buy resales.

“We are not about hype and scarcity. We didn’t set out to make an impossible to get product,“ says Telfar Clemons. It’s no wonder a new Telfar bag sells out in less than nine minutes.

Founded by Kerby Jean-Raymond, Pyer Moss  states on their site that they “aim to use its voice and platform to challenge social narratives and evoke dialogue.” This is evident in every piece they create.

Pyer Moss is considered luxury streetwear and thrives on exclusivity. Although the clothing isn’t accessible to everyone, their message runs deep. Every collection is littered with Black history and untold stories of one of America’s most marginalized communities. After nearly ten years and four collections, Pyer Moss proves that streetwear can evolve while staying true to its core values.

Milan Harris had one goal in mind when she launched Milano Di Rouge—to turn dreams into reality. As one of the few women-owned streetwear brands, Milano Di Rouge opted to create a highly fashionesque, unisex line that took over the streets and built a solid community of dream chasers.

Through her community of loyal customers, she’s demonstrating that a streetwear brand doesn’t need an overwhelming number of drops, boring designs, or even a major collaboration to gain traction.

I’ll reiterate this, streetwear fashion is not here to serve the market nor the consumer. It’s not to be mass produced and thoughtlessly thrown onto a rack. Instead, it’s a comprehensive artform that’s meant to stimulate emotions, strengthen communities, and facilitate societal change. There’s a level of pride that’s embedded into the fabrics of streetwear and that should remain unaltered.

Am I the only one who still believes this?

Mikelya Fournier is a content marketer with over 10 years of experience in the fashion, beauty, and lifestyle industries. As a wife and mother of four, she offers her impactful perspective on ecommerce trends for all ages.