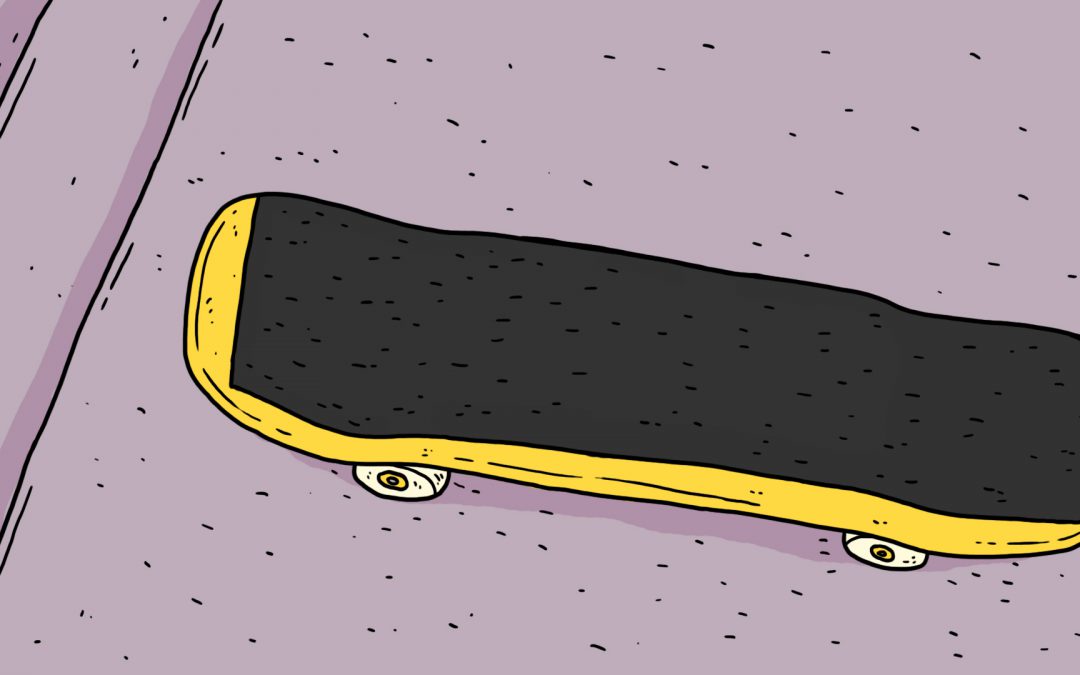 If you’re anything like me, you’re itching to skate that shiny new board you impulse-bought online. And with every new board comes the question: how should I grip it? With all this spare time on your hands, you should set aside an hour or so to do something special, right?

Personally, I’ve been considering subscribing to the Dan Drehobl method. My reasoning? Firstly, he’s arguably the most enjoyable skateboarder on earth to watch.

It varies from board to board, but Dan’s grip seems to follow a common ratio or coded pattern. It’s unclear whether it serves a practical purpose (foot placement guidance, perhaps?); perhaps it began as a way to ration out a sheet of grip on wider boards, or maybe it goes much deeper than that. Knowing Dan Drehobl (I don’t know him), it probably doesn’t mean shit.

The whole thing got me thinking about grip jobs, and how all of that stuff matters, even if we pretend it doesn’t. Here’s my analysis of a few key approaches.

A cult favorite amongst the progressive crowd, the speed stripe (a vertical stripe running down the center of the board) tips its hat to skateboarding’s surfing lineage while thumbing its nose to the normies. “Stripers” can do every trick, but prefer to try weird combinations of things that look easy but actually aren’t – or are they? It’s all a big joke, anyway. And if you think it looks wack, the joke’s on you.

There’s something so corny about turning your grip into a billboard. It baffles me. Why you would actually pay for the privilege to advertise for someone? “What’s the difference between logos on griptape and logos on stickers or T-shirts?” you may ask, and the answer is: you have a point. Brand allegiance has always been a big part of skateboarding and riding the same shit as our favorite skaters helps support their careers, but somehow this is much worse. The same goes for griptape with hot babes, flames, or bottles of whiskey printed on it.

When executed well, this approach results in the coolest, most distinctive grip jobs. Seemingly created on the fly with a piece here and a scrap there, then a sheet stuck at a weird angle with a single Spitfire sticker poking out the side just so, a good patchwork is something to behold. It can very easily go bad in the wrong hands, though, especially when it’s not spontaneous at all, but meticulously executed using screenshots from old Drehobl parts as references. I’m speaking from personal experience here.

Obviously, this is the safest way to go – though ironically, a fully blacktopped board creates confusion on which end is which. It is hard to fault, but this most basic grip style denotes a lack of creativity and certain stubbornness in its owner; a refusal to acknowledge the romantic, whimsical nature of what we do. To a blacktopper, a board is merely a tool, and we should just shut up and skate. Extra points if applied using a blunt instrument, or a rock.

Home turf: The streets
Soundtrack: Black Sabbath, Motörhead
Board brands: All of them
Key endorsees: Everyone

Characterized by bright colors and bold statements, this freewheelin’ cousin of The Patchwork has undergone a resurgence in recent years. Mark Gonzales’ paint pen masterpieces were studied and replicated extensively in the ‘80s, while through the next couple of sedated and conservative decades the only acceptable color on your grip was a sprayed tag or an ominous motivational word like, I don’t know, “BLOOD.” But now, anything goes – patches of colored or clear grip meshed with sliced-up stickers, patterns, and indecipherable song lyrics. I’m here for it, but I can’t deal with it. I get distracted enough without all that going on under my feet.

The Pro Stripe earned its name because it is the most time-effective way to grip a board – a chore that many pros have to suffer through every time they go skating, the poor bastards.

To achieve it yourself, simply lay your grip down a half-inch or so in from the toe-side of your board, with a well-placed sponsor’s sticker or two, poking out from underneath, then trim around the remaining three sides of your board. For extra style points, you can set it at a jaunty angle or even back it off from the nose. At its best, the Pro Stripe is beautiful yet functional, creative yet unfussy, a truly superior grip job. But at its worst, especially when executed by us non-professional mortals, it tends to emit a strong whiff of the poseur. Again, I’m speaking from personal experience here.

A straight (or better yet, torn) horizontal gap in the grip situated just above the back truck mounting bolts, the vert stripe’s roots lie in the ‘80s when boards were boards and stickers were cool. This is a sensible option because it solves the “Which end is it?” dilemma and gives the top of your board some character, while also showing your allegiance to classic style. The problem is: if you mess with any form of switch skating, that bare stripe is exactly the zone where you want some grip.

If you’re sitting around with too much time on your hands and a new skateboard within reach, you’ll probably start dreaming up some overly elaborate bullshit to cut into or stencil onto its griptape. Fish scales, a brick wall, a pirate ship, or a fluorescent peace sign — it’s all a complete waste of time and you’ll definitely regret doing it, but don’t let that stop you. Your friends who don’t skate will think it is cool.