“Will 2022 be the Year of the Dark Horse in Retail?” by Arick Wierson via The Robin Report 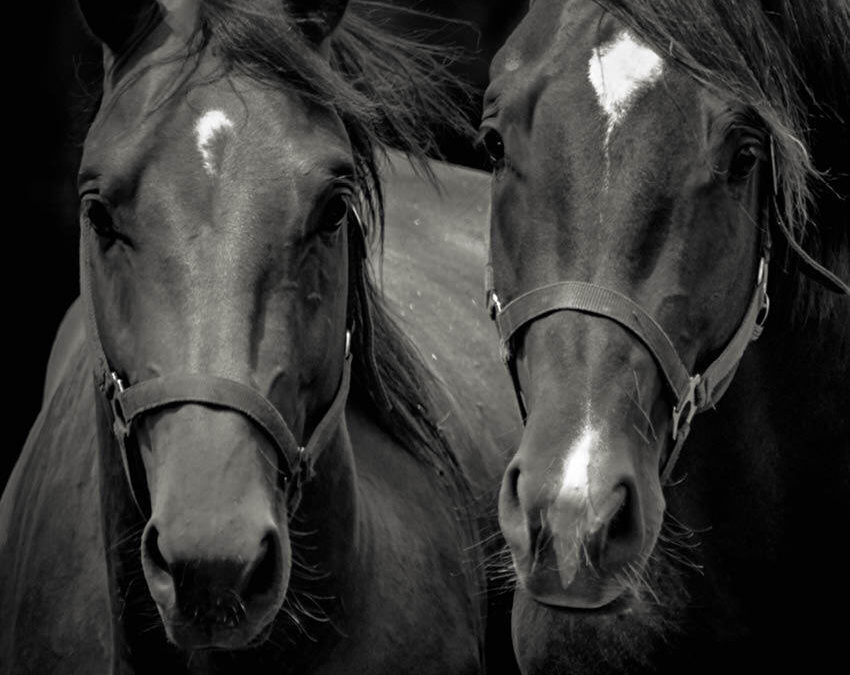 My father grew up on a farm in central Iowa in the 1930s and 40s, and although life in the post-Depression heartland was pretty harsh, among his fondest memories from his childhood are those of his many horses, each one of them different shades of black. As a youngster, he had a black Shetland Pony named “Spanky.” Then in middle school came “Spot,” a black Murgese And in his final years of high school, his father – my grandpa, who by this time was feeling a bit less worried with the worst of the Great Depression more than two decades in the past, splurged and gave my dad a powerful riding horse named “Lucky,” a jet-black Percheron – apparently a ‘big hit’ with ladies in town (OK, whatever you say, dad.) .

It is pretty much a given at this point that retailers will eventually have to enable payment and checkout solutions that accept Bitcoin, Ethereum, and Dogecoin.

Anyway, decades later when yours truly was growing up in 70s and 80s in the Minneapolis suburbs, apparently my father felt that there was a gaping hole in my psycho-emotional development in that I had very little interaction with farm life, in particular, with horses. And the way in which he attempted to fill this void was with a near-endless menagerie of equine-themed birthday toys, trips to the annual ‘Horse Show” at the Minnesota State Fair and, of course, several trips to the cinema to see the now classic 1979 film “The Black Stallion,” starring Mickey Rooney and Teri Garr.

Now, by this point, you are likely asking yourself what all this has to do with the business of retail? The answer is nothing at all except that I thought it might be an apropos way of introducing the theme of today’s column: Dark Horse Retail Trends for 2022.

Horse of a Different Color

A dark horse is, of course, not necessarily a black horse; it’s an old racing term that refers to a little-known racehorse that comes out of nowhere and disrupts the betting odds. Former English Prime Minister Benjamin Disraeli is generally credited with coining the phrase in his 1831 novel The Young Duke in which he tells of how the book’s protagonist, the Duke of St. James, underestimated the eventual winner at a horse race: “A dark horse which had never been thought of, and which the careless St. James had never even observed in the list, rushed past the grandstand in sweeping triumph.”

With uncertain terrain ahead for retailers in 2022 – or as Robin Lewis describes it as a rite of passage “not for the faint of heart.” CEOs are laser-focused on surviving the next 12 months by deftly (and not daftly) navigating what former Secretary of Defense Donald Rumsfeld used to call the “known unknowns” such as the ongoing management of Covid variants, heightened geopolitical instability, and continued supply chain disruptions.

But what about the “unknown unknowns” – the planet-killing comets we don’t see coming? What about the dark horses in retail – the disruptive forces that could shake up the consumer landscape in ways currently unimaginable and unknowable?

Well, that’s why you read The Robin Report!

Here are five dark-horse retail sector change vectors that consumer business leaders should be keeping an eye on in the year ahead or indeed getting ahead of and leveraging to their advantage:

In Asia, live streaming commerce is tantamount to ecommerce. In fact, livestreamed retail commerce, accounts for roughly 44 per cent of the $109 billion Asian ecommerce market. By mixing entertainment, interactivity and instant purchasing, live commerce offers take social commerce to a new level where retailers, brands, influencers, digital platforms, and dynamic new payment solutions are combined to create a new sales channel with enormous scope for creating value. So far it has been slow to catch on in any significant way in the U.S., but all that could change in 2022. Already venture capital is pouring big bucks into the sector betting that this trend is indeed global. And with companies like Walmart already experimenting in the livestreaming commerce space, it’s not a question of ‘if’ but of ‘how soon’ the trend kicks into high-gear state side. And CEOs of both retailers and brands better be ready when it does.

BNPL – short for Buy Now Pay Later – is the new payment solution that offers interest-free installment payment options to consumers. Companies like Sezzle, Afterpay, Klarna, SplitIt, and Affirm are among the new fintech rockstars that are leading this revolution in payments by focusing on a younger, more tech savvy consumer who is fed up with high-rate credit cards and wary of Wall Street banks. That everyone from PayPal to Visa are also getting in on the action indicates that this new payment model has some serious staying power. What could change in 2022 is that BNPL reaches a tipping point and that any direct-to-consumer brand or retailer who has yet to forge a partnership with the leading BNPL providers will find themselves on the outside looking in. So far, BNPL has been gaining traction on ecommerce platforms, but it is growing in popularity in brick-and-mortar retail as well. C-suite leaders at retailers and brands alike best get ahead of this trend and onboard several BNPL solutions in anticipation of this tipping point which could come as early as this year. PS: It’s still amazing how few brands still offer only one BNPL solution at checkout as if having a Visa but no MasterCard or Amex payment option at checkout would make any sense.

Maybe because the U.S. doesn’t exactly have a reputation for looking outward, most Americans and probably quite a few executives in consumer-focused business are completely oblivious to the rapidly growing phenomenon of virtual (i.e., non-human) influencers. The rise in popularity of digital influencers made of 1s and 0s is a trend that is exploding in many major overseas markets. (Still have no idea what I am talking about? Check out VirtualHumans.org and read up.) Magazine Luiza – the largest retailer in Brazil – is leading the way their iconic ‘Lu’ who already boasts over 25 million followers on social media. Japan’s Imma, with her signature pink bubblegum bob and couture fashion sense, has been cast to rep top brands such as Porsche, IKEA, Dior, Puma, Nike, Valentino, and Calvin Klein, to name just a few. In a world in which real human influencers and celebrities are just one drunken tweet away from a scandal and demanding increasingly absurd paydays, non-human influencers offer a powerful alternative. If retail and brand marketers have yet to set up their own virtual human influencer Skunk Works, they’d better get at it quick or risk playing catch up when the competition unveils their own Alara X or books Shudu and Lil Miquela Sousa for their next major advertising campaign.

That Covid-19 has upended physical retailing is certainly no secret, but what remains unknown is how transformative an impact the pandemic will have on brick-and-mortar store design. Some retailers have already begun what many are calling the biggest store redesign in history, but consumers have a way of voting with their feet and if a retailer’s stores aren’t deemed safe, it could pay a serious economic penalty. Facilities and merchandising executives for brands and retailers alike need to partner with innovative architects and health and hygiene providers like EcoLab to develop new layouts that facilitate contactless shopping and contact-free checkout. (Move over McDonald’s, Macy’s might have its own drive-thru pick-up sometime soon.) This new way of imagining the physical retailing footprint will require far fewer employees, leading to a completely different overhead and P&L structure. Everyone in the C-Suite should already be thinking about the vast repercussions of these changes whether they come to fruition in 2022 or not.

If there is a real dark horse among the herd, it is retail cryptocurrencies. Already, nearly 60 percent of consumers would like to be able to make purchases using crypto. It is pretty much a given at this point that retailers will eventually have to enable payment and checkout solutions that accept Bitcoin, Ethereum, and Dogecoin. What is still up in the air is if retailers and brands will get in on the crypto bandwagon themselves, issuing their own decentralized currencies on the blockchain. And yes, you may have already guessed it, Amazon already has its own unique digital currency called AmazonCoins, which is gaining significant traction within the Amazon / AWS ecosystem. Retailers expanding into crypto-like loyalty token for consumers is probably the biggest disruptor that (almost) no one in retail is thinking about. But they should be.

So, saddle up everyone.

Arick Wierson is a nationally renowned political and business columnist for CNN, Observer, CNBC and Vice and a six-time Emmy® Award-winning television producer and documentary filmmaker. Wierson served as a long-time political and media advisor to former New York City Mayor Michael Bloomberg. You can follow him on twitter @ArickWierson