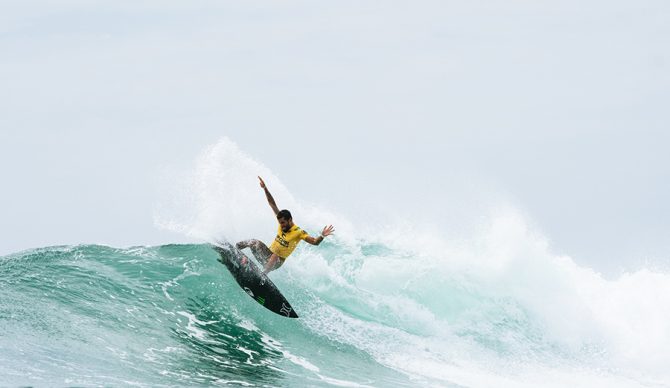 Will Filipe defend his title? The schedule would seem to support a repeat run for the Brazilian. Photo: Pat Nolan//World Surf League

With the 2022 season freshly minted, the World Surf League wasted little time in releasing its 2023 schedule. Highlights? The Surf Ranch returns, as does Trestles as the WSL Finals location. But judging by the recent fan reaction to Lowers as an end-of-year-championship venue, there’s sure to be blowback.

Last season’s end-all party to 2021 was an anomaly at Lowers: big swell and offshore Santa Ana winds made for dreamy conditions for the Finals – the ideal scenario. The League bet on Lowers again in 2022, hoping for similar conditions within its early September window. But those dream conditions failed to return and normal Lower Trestles ensued: good size, glassy in the morning followed by an afternoon wind that shut the waves down with less-than-stellar championship conditions. The fan furor was swift on the WSL social pages, as well as on this site and its social outlets.

I reached out to WSL CEO Erik Logan and am waiting to hear back.

The League has of course kept its premier locales in play. Pipeline kicks the season off January 29 (the WSL will not start its season in 2022, keeping everything in a single-year package). Margaret River will be the final event before the mid-year cut, and Teahupo’o returns August 11-20.

“Following the incredible momentum and milestones we’ve hit in 2022, we will continue to build our global platform to progress and elevate professional surfing,” read Logan’s statement in a release. “We experienced the redesign in its entirety for the first time this year, and we will further strengthen the sport through next year’s fully-combined Championship Tour, which will also qualify the first 18 athletes for the 2024 Olympic Games.”